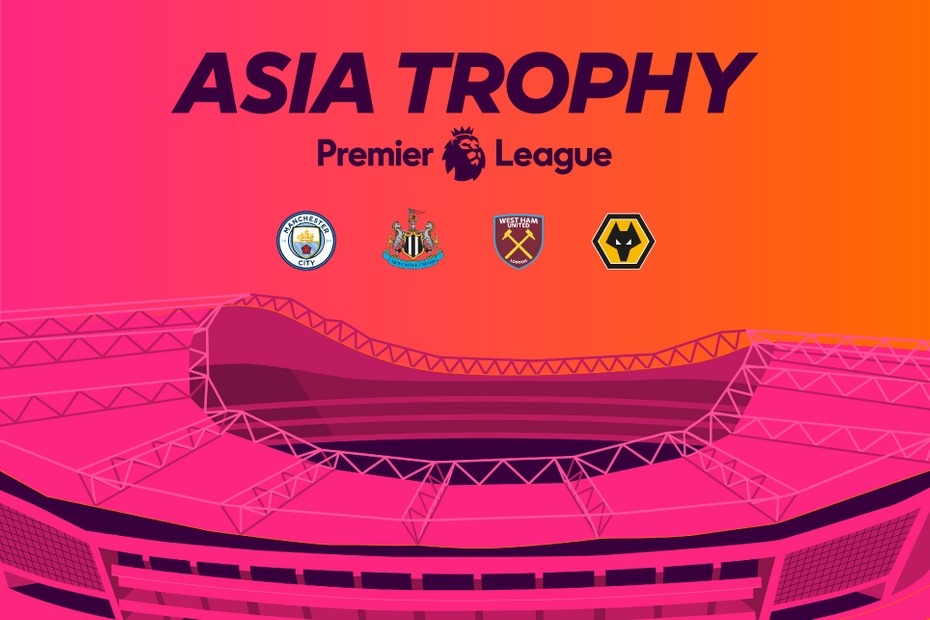 Tickets for the Premier League Asia Trophy 2019 are now on pre-sale, offering football fans in China amazing value for money.

This is the first time the tournament will be played in two different locations, with Premier League champions Manchester City competing for the Trophy alongside Newcastle United, West Ham United and Wolverhampton Wanderers over two action-packed evenings in July, at Nanjing Olympic Sports Center and Shanghai Hongkou Football Stadium.

Each daily ticket provides access to both matches on that day. Ticket prices start from just 88 RMB (£10) for the opening fixtures in Nanjing. Tickets for both the third/fourth place playoff and final in Shanghai start from 288RMB (£32).

"We are delighted to be bringing this year’s tournament to both Nanjing and Shanghai, and to be able to offer fans in China the chance to watch a host of world-class talent in action at truly affordable prices.

"In Manchester City, we have the Premier League champions taking part, and three other excellent clubs in Newcastle United, West Ham United and Wolverhampton Wanderers. I have no doubt fans can enjoy exciting and competitive football across all four matches."