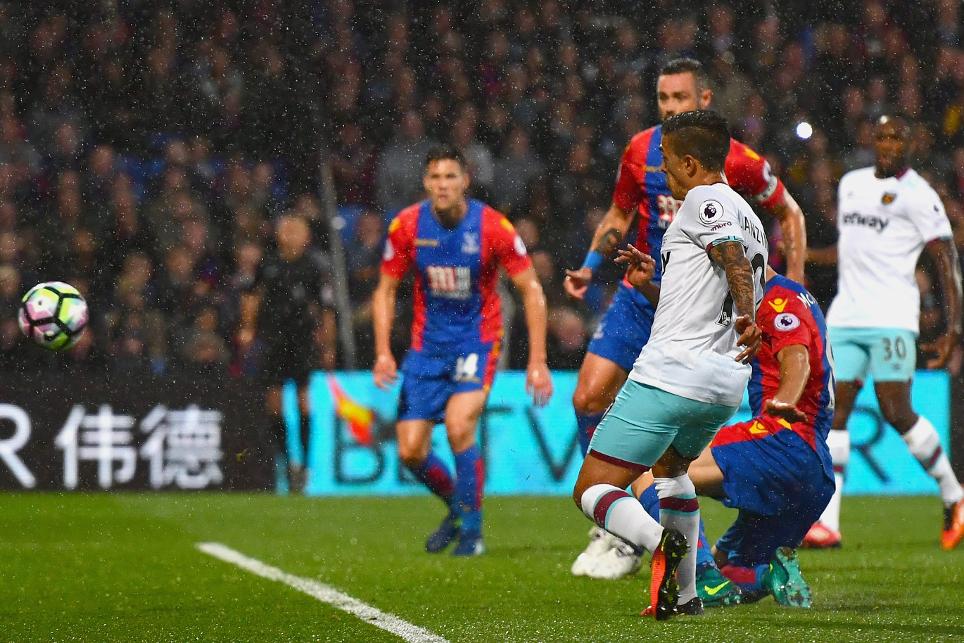 Argentinian scores only goal for 10-man Hammers against Crystal Palace

West Ham United ended a five-match winless streak in the Premier League with a gritty 1-0 win over Crystal Palace at a wet Selhurst Park.

Manuel Lanzini‘s neat finish from a cross by Aaron Cresswell, making his first appearance of the season, on 19 minutes decided the derby.

Christian Benteke had two chances to level in first-half stoppage time but steered a penalty wide before heading against a post.

After the break Palace pushed for an equaliser but created few clear-cut chances. Indeed West Ham almost got the next goal as Jason Puncheon headed off his own line on 73 minutes.

The visitors' task was made harder when Cresswell received two bookings within a minute.