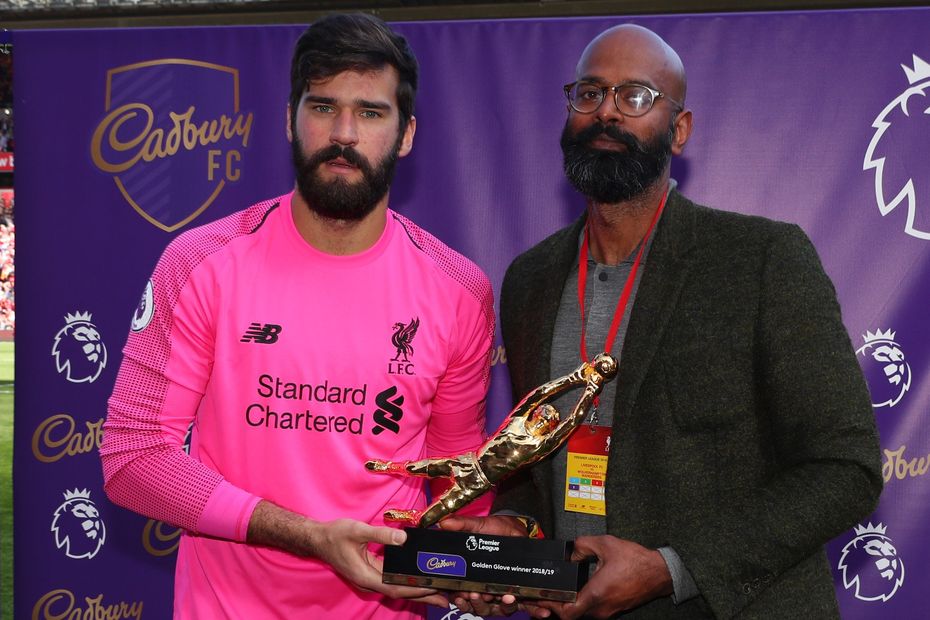 Alisson claimed the 2018/19 Golden Glove award after keeping his 21st clean sheet of the season.

The Liverpool goalkeeper shut out Wolverhampton Wanderers in his side's 2-0 win on the final day to win the award, which was presented to him by Paul Graves, a Reds fan selected by Cadbury.

Alisson earned the award outright after Ederson, who was also on 20 clean sheets going into the last match, conceded in Manchester City’s 4-1 win against Brighton & Hove Albion.

It is only the second Premier League season where more than one goalkeeper has kept 20 clean sheets.

Only Petr Cech has kept more clean sheets than Alisson in a season, with 24, for Chelsea in 2004/05.