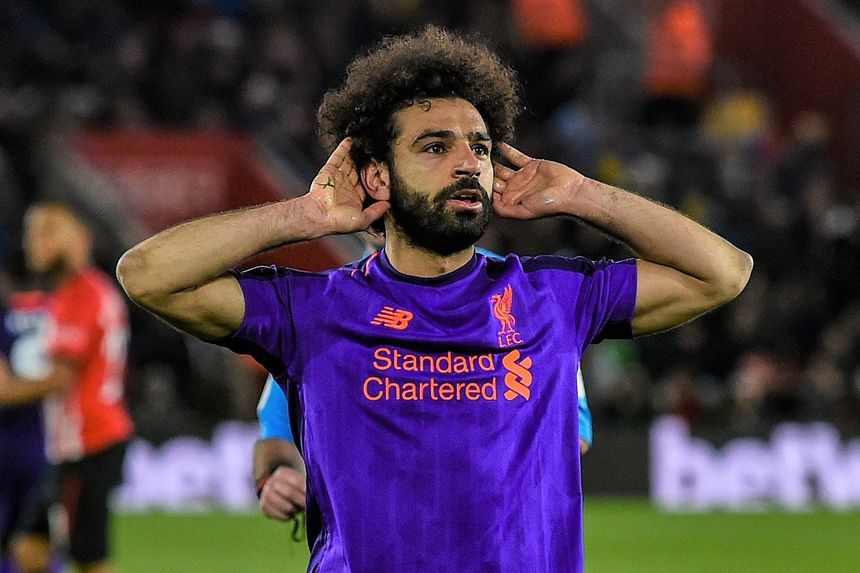 Adrian Clarke looks at the top five contenders for the Golden Boot ahead of Sunday's final round of fixtures.

Of all this season’s Golden Boot contenders, Salah is arguably the most multi-skilled forward, and he consequently has a two-goal lead over his pursuers.

Equally as comfortable as a winger or playing through the middle as a striker, the Egyptian has developed into a player capable of scoring goals in a variety of ways.

He is a wonderful dribbler, as he reminded us when running from inside his own half to net an amazing solo effort in a win at Southampton.

Salah can run in beyond his markers to score from one v one situations. He tucks the ball away from low crosses with aplomb. He passes it calmly past goalkeepers inside the box. He sniffs out rebounds as sharply as any natural centre-forward.

Long-range blockbusters are in his armoury too, as he proved when sending a scorcher into the top corner from distance at home against Chelsea.

He may not have been able to replicate his astonishing 32-goal haul from 2017/18, but Salah still leads the way on 22 ahead of today’s final fixtures.

Injury problems for Roberto Firmino, and a desire from Jurgen Klopp to use his most lethal finisher in a more central role, mean Salah has started more matches as an orthodox centre-forward this term.

And when he has led the line for Liverpool, he has scored 13 goals from 13 starts.

He has certainly made a strong case for becoming the team’s regular striker, and it is likely he will be used on the right wing less often in 2019/20.

Salah has taken on roughly the same number of shots this season as last term, but his finishing has been slightly less clinical.

His chance-conversion rate has dipped from 29 per cent to 22 per cent.

Considering he went almost two months without a Premier League goal between early February and April, Salah’s lead at the top of the goal chart is perhaps a surprise.

And whether he ends the campaign with a title winner’s medal or not, he may be a little frustrated not to have made a more telling impact in high-profile matches.

His sensational strike against Chelsea has been his only goal from open play against a top-six side.

But that aside, he has had another tremendous campaign.

If he starts against Wolverhampton Wanderers this afternoon it will be a surprise if he does not retain the Golden Boot.

And his wide skill set all but guarantees that in 12 months’ time, fitness permitting, he will be firmly in the race once again.