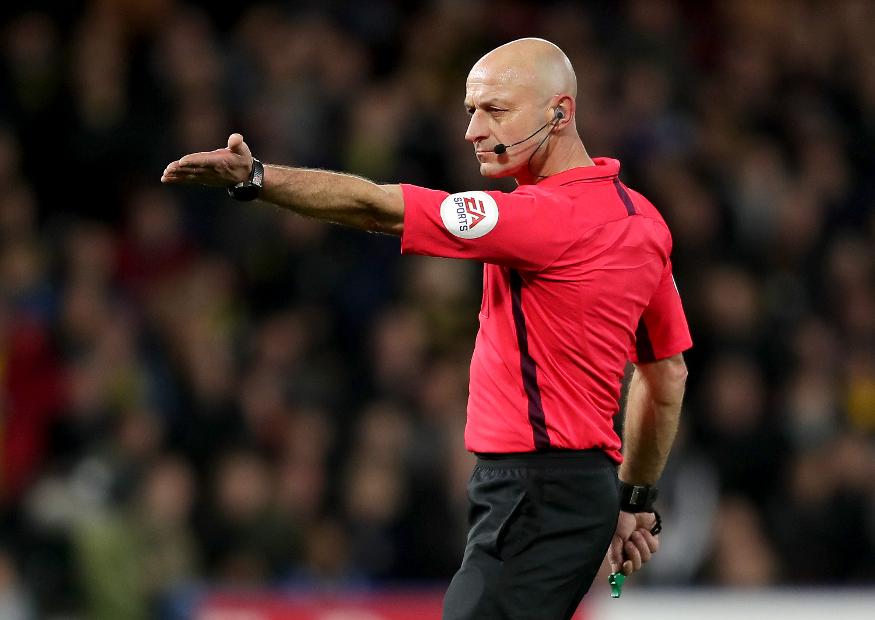 Roger East will bring the curtain down on a distinguished refereeing career this weekend when he takes charge of Crystal Palace’s match at home to AFC Bournemouth.

Having first qualified as a referee aged 21, East gained vast experience officiating in Conference football and then the EFL before making his Premier League debut in September 2012.

"In my first, Swansea v Sunderland, I sent someone off, a player broke his leg and I booked a couple of players, too.

"I ended up sending off three players in my first four matches, which was quite incredible as the stats show that I rarely show a red card.”

East will be hoping that Sunday’s match at Selhurst Park will be a quieter affair.

"I have been lucky enough to officiate at the 2004 FA Cup Final between Manchester United and Millwall, the only time my father saw me at the top level," he said. "In 2012, I was ref at Wembley twice in a fortnight for the FA Vase and playoffs.

"To walk out at the national stadium with the ball under your arm is a fantastic feeling and one of the highlights of my career."

East hopes to put his enthusiasm and expertise to good use by helping bring through the next generation of young referees.

"I have a vast bank of experience built up over many years so will probably concentrate on coaching now," he said.

"Officiating has given me some unbelievable memories; I have been very lucky so why not share my knowledge and help the next generation through?"

He will hang up his whistle in the final season before the introduction of VAR to the Premier League.

East believes VAR will be good for football.

"You have to embrace technology," he said, "And I genuinely think that this will be a positive move for both football as a whole and referees.

"If, for example, I’m officiating a game in Manchester and make a big decision that could be wrong, I’ve then got a 250-mile journey in the car wondering whether I have messed up or not.

"If there’s a system in place that can rectify this and cut out mistakes, it makes perfect sense to use it.

"As VAR is used more regularly, it will become less intrusive, and more inclusive, part of any match."