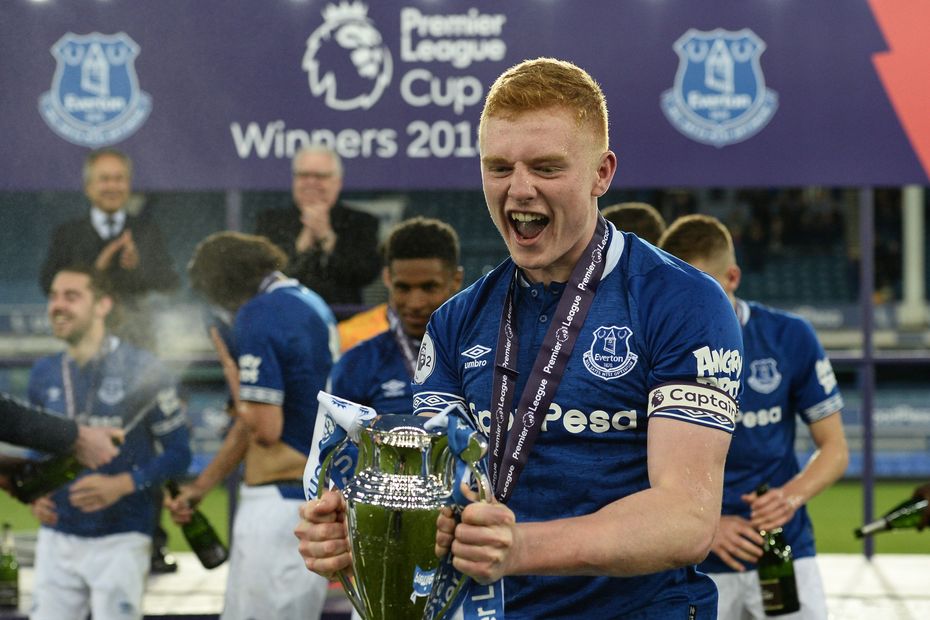 Feeney: 'When My Header Went In, I Just Went Wild!' External Link

Everton Under-23 manager David Unsworth praised his captain Morgan Feeney after the defender's goal sealed a Premier League Cup and Premier League 2 double for the Toffees.

Feeney, an Everton fan, headed in the only goal in the cup final at Goodison Park against Newcastle United.

It came after the 20-year-old spent six months out of the game last year for operations to correct a longstanding problem with his patella tendons.

"It was our skipper scoring at the Gwladys Street End, close to where he sits!" Unsworth told Everton's official website.

"He has had horrendous knee injuries - injuries that could have finished a lesser player.

"The work he's done with the physios, the sports science department, he's shown a grit and determination to fight through the pain barrier.

"I've never known anything like it for a young player.

"He leads by example and he's a terrific captain."

Congratulations to our Under-23s on a fantastic double-winning season! #EFCU23 pic.twitter.com/lOwR84bzfA