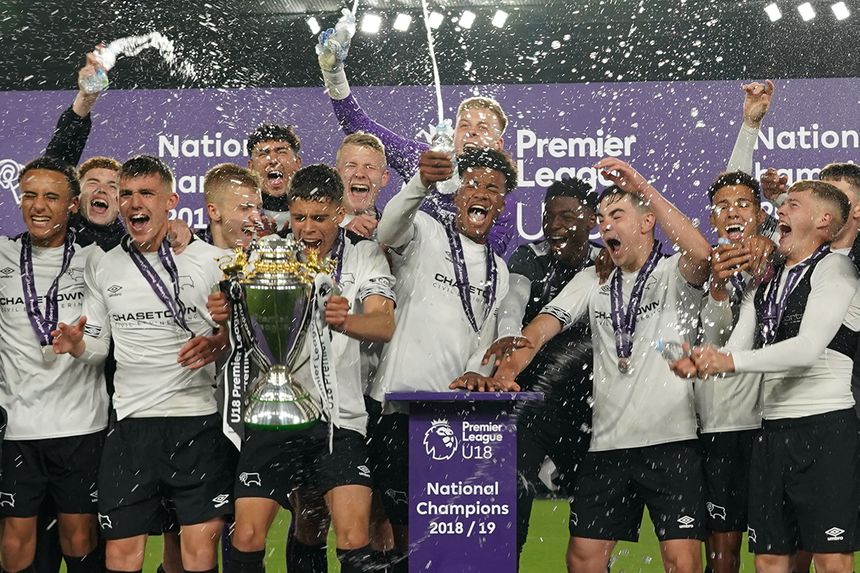 Derby County are the 2018/19 Under-18 Premier League champions after they fought back from a goal down to beat Arsenal 5-2 at Pride Park.

The final between the winners of the North and South divisions featured an early goal as Bukayo Saka gave the visiting Gunners the lead.

But Derby soon levelled through winger Archie Brown, who then set up Morgan Whittaker for their second goal.

Brown doubled the lead before half-time before grabbing his hat-trick after the break.

Arsenal had several chances before Saka made it 4-2. Tyreece John-Jules then missed a late penalty that would have ensured a nervous ending.

Instead, Whittaker's second in stoppage time sealed the win that also earns Derby a place in next season's UEFA Youth League.