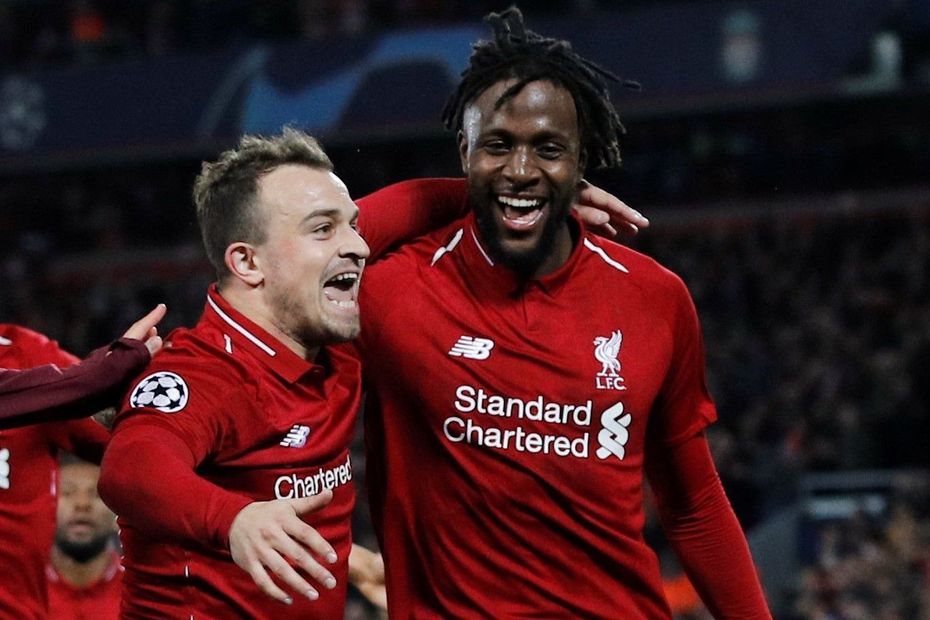 Divock Origi was the hero again as his two goals helped Liverpool beat Barcelona 4-0 at Anfield to seal a place in the UEFA Champions League final for a second season in a row.

Needing to overturn a first-leg deficit of 3-0, Origi raised home hopes with a goal after seven minutes.

Georginio Wijnaldum, on as a half-time substitute for the injured Andrew Robertson, struck twice in just over two minutes to make the aggregate scores level.

Then a quick corner in the 79th minute from Trent Alexander-Arnold picked out an unmarked Origi, who, like in the 3-2 win at Newcastle United in the Premier League on Saturday, struck the decisive goal.

In the final in Madrid on 1 June, Liverpool will face Tottenham Hotspur or Ajax, with the Dutch side defending a 1-0 lead in Amsterdam on Wednesday.

They are the first Premier League team to reach back-to-back UEFA Champions League finals since Manchester United in 2008 and 2009.

Liverpool will next turn their attention back to the PL title race and Sunday's visit to Anfield by Wolverhampton Wanderers.

They must better the result of Manchester City, who are at Brighton & Hove Albion and are a point and four goals ahead, to have a chance of claiming a first Premier League title.

Inside the dressing room at full-time with our Reds... pic.twitter.com/n8BePcDHfY