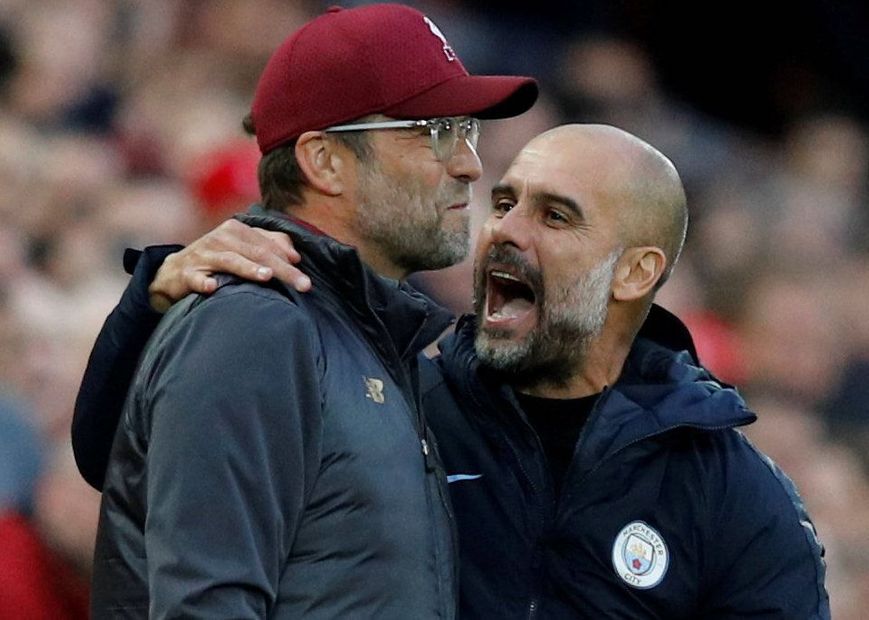 If Manchester City beat Liverpool to the title, Pep Guardiola says it will be his greatest league achievement as a manager.

Guardiola has lifted 25 major honours across three countries in his managerial career.

But, as his team seek a 13th successive Premier League victory, against Leicester City on Monday, the Spaniard says conquering a Liverpool team who have won eight in a row would be a bigger success than any other.

"It is the toughest league I've ever played as a manager - there are no doubts," the 48-year-old told Man City's official website.

"You have to give credit to how huge our rival is.

"In my career as a manager, we have played against incredible sides.

"One is Luis Enrique's Barcelona with Leo Messi, Luis Suarez and Neymar, and the other is Liverpool.

"They are the best two sides I've played as a manager. Last season was incredible but this season, we are up against an incredible team.

"They're physical and have improved their positional game, and defensively, they concede few goals. That's why I'm so delighted."