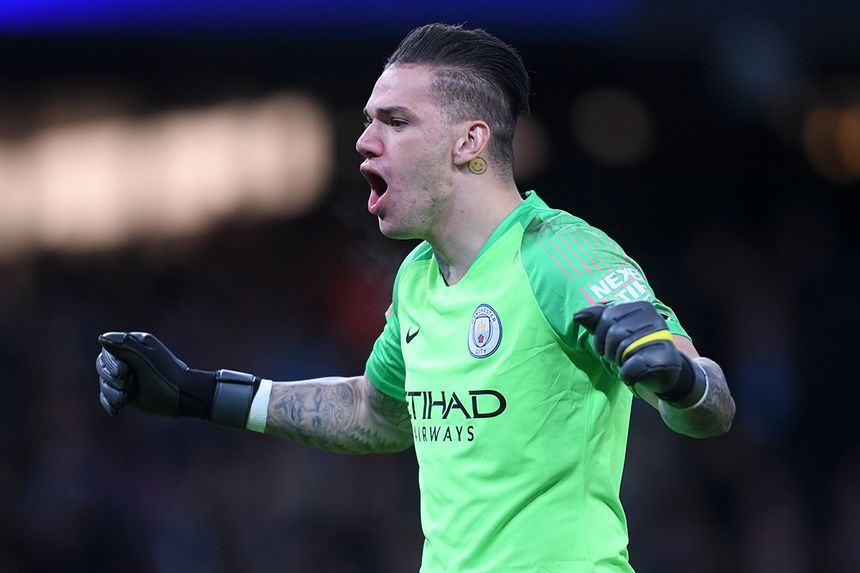 Ederson moved level with Alisson in the race for the Premier League Golden Glove with a clean sheet in the 1-0 victory over Leicester City on Monday night.

The Manchester City goalkeeper has 20 clean sheets this season, level with his Liverpool rival, who was unable to add to his tally of 20 in the 3-2 win at Newcastle United on Saturday night.

Thanks to Ederson's shutout against Leicester, it is only the second Premier League season where more than one goalkeeper has kept 20 clean sheets.

The previous occasion was 10 years ago, when Edwin van der Sar had 21 clean sheets for Manchester United and Pepe Reina kept 20 for Liverpool.

On the final day of the season, 12 May, Man City will travel to Brighton & Hove Albion, while Liverpool will host Wolverhampton Wanderers.

If Ederson and Alisson end the season with the same number of clean sheets, the award, which is presented by Cadbury, will be shared by the two Brazilians.