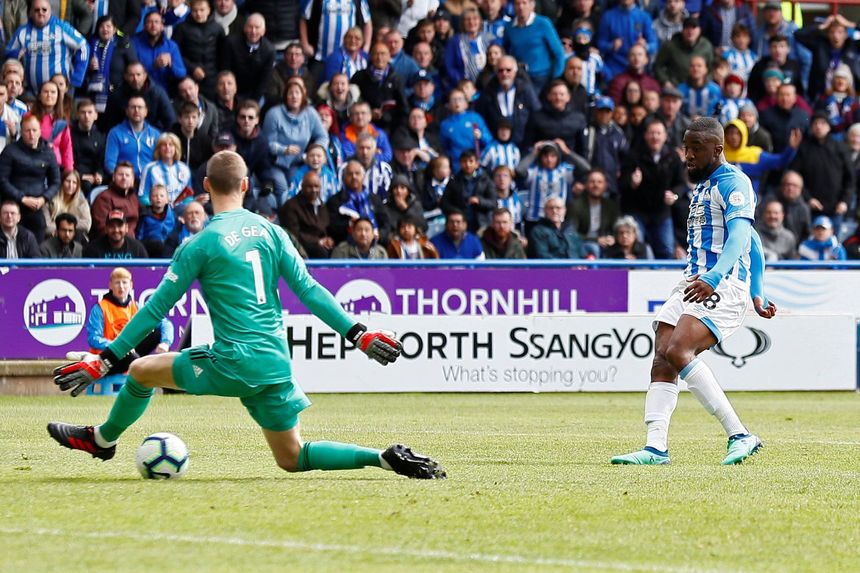 A second-half goal from Isaac Mbenza earned a 1-1 draw for Huddersfield Town that ended Manchester United's hopes of finishing in the top four.

The visitors needed a victory to maintain their push for a place in the top four and they took the lead in the eighth minute when Scott McTominay collected a loose ball and drilled a left-footed shot past Jonas Lossl.

Juan Mata curled an effort wide, before David De Gea was forced to block a shot from Karlan Grant.

Paul Pogba struck the bar for United with a looping header but the hosts equalised when Lossl launched a pin-point pass down field and Luke Shaw misjudged the bounce, enabling Mbenza to run at goal and slot a finish through De Gea's legs.

Pogba was denied by the woodwork once again but Huddersfield held firm.

Ole Gunnar Solskjaer's side remain in sixth place, four points behind Tottenham Hotspur in fourth with one match to play. Huddersfield, who have already been relegated, remain in 20th position on 15 points.