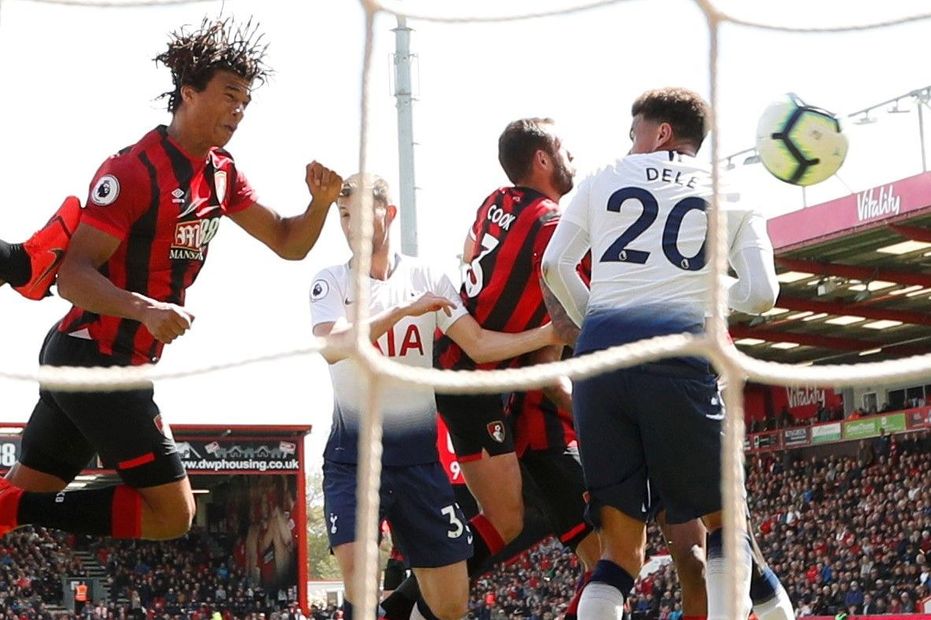 Nathan Ake’s stoppage-time header secured a 1-0 win for AFC Bournemouth against Tottenham Hotspur, who had two players sent off in a match that dented their hopes of a top-four finish.

On the stroke of half-time, Spurs were reduced to 10 men after Son shoved Jefferson Lerma.

Only two minutes and 13 seconds after coming on as a half-time substitute, Juan Foyth was also sent off for a challenge on Jack Simpson.

AFC Bournemouth move up to 13th on 45 points.