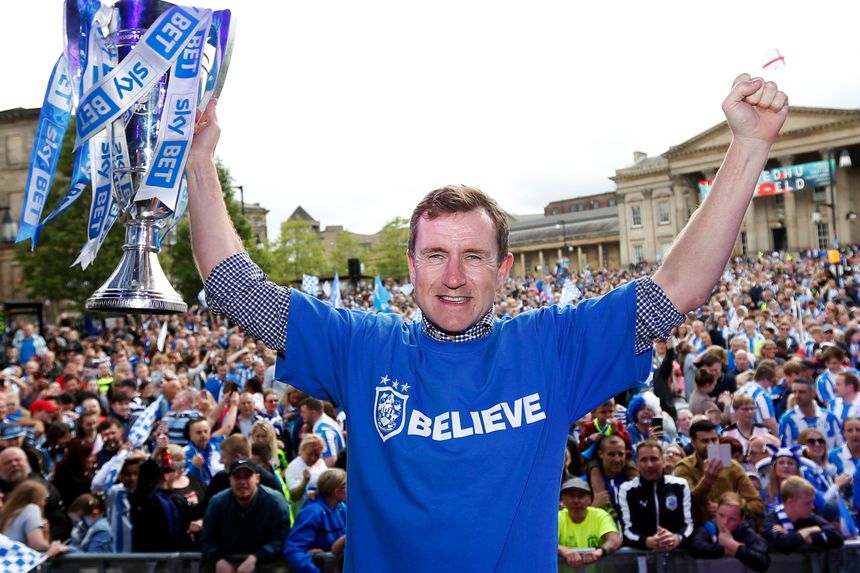 Statement: Agreement in place for sale of club External Link

Hoyle: The fans have been magnificent to me External Link
Hoyle: I almost was not a Huddersfield fan

Huddersfield Town have announced that an agreement is in place for the sale of the club with current chairman Dean Hoyle set to step down.

Hoyle led Huddersfield to the Premier League for the first time in their history in 2017. He guided them up all the way from League One after taking over as chairman and owner 10 years ago this summer.

But with the club's relegation confirmed Hoyle feels that the time is right for Phil Hodgkinson, a lifelong Town fan, to take over as the Terriers look to rebuild for a potential top-flight return.

“My heart doesn’t want me to sell the club and I believe the Manchester United game will probably be the most emotional day of my life," Hoyle, who will remain on the club's Board of Directors, told htafc.com.

"However, my head is telling me that, after 10 years of total dedication and my recent ill health, I need to do what is right for myself, my family and Huddersfield Town and that is pass the reins to a new chairman who can take our club to a new chapter in its history."

Hodgkinson commented: “My number one priority is to give every support I can to Jan Siewert in order to make us as good as we can be on the pitch. Our aim is to get back to winning football matches and to put smiles back on the faces of our supporters after a tough season."