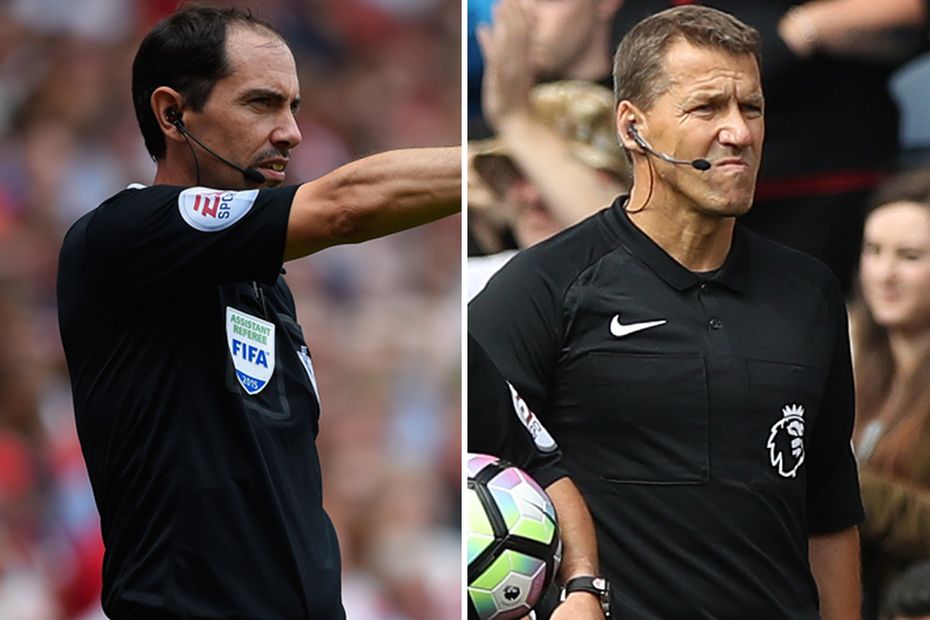 Two of the Premier League’s most experienced assistant referees will be hanging up their flags this weekend as they officiate in their final fixtures in the competition.

Steve Child, pictured above left, will be running the line for the last time at West Ham United v Southampton, as will Andy Halliday at Wolverhampton Wanderers v Fulham.

The pair have been assistants in more than 300 Premier League matches each.

Child officiated the 2012 Olympic football final and the 2015 UEFA Europa League final, while Halliday was appointed assistant for this season’s EFL Cup final.

'Top of their game'

"Steve and Andy have been fantastic Select Group 1 assistant referees over the years and made a significant contribution to the Premier League," said Mike Mullarkey, senior coach at PGMOL, the referees’ body.

"Both typify the very nature of what is required to be a top-level assistant in looking to support every referee they work with to deliver the highest levels of performance in every match.

"During their time working in the Premier League they have seen significant changes to interpretations of the offside law and stayed at the top of their game.

"In the Premier League the assistant referees make on average 38 offside calls a match, of which more than 98 per cent have been judged as correctly called in real-time.

"Steve and Andy have been at the forefront of these high standards that have been set."

Child and Halliday will use their experience in working for PGMOL to help with the introduction of Video Assistant Referees (VAR) from next season in the Premier League.

Both will become an assistant video assistant referee (AVAR), while Child will also provide coaching to the Select Group assistants.

"It is terrific that they are staying within the professional game and taking up roles which will allow them to remain at the forefront of the game," Mullarkey said.

"This means we will retain their experience and knowledge, which can only be of benefit for the next generation."