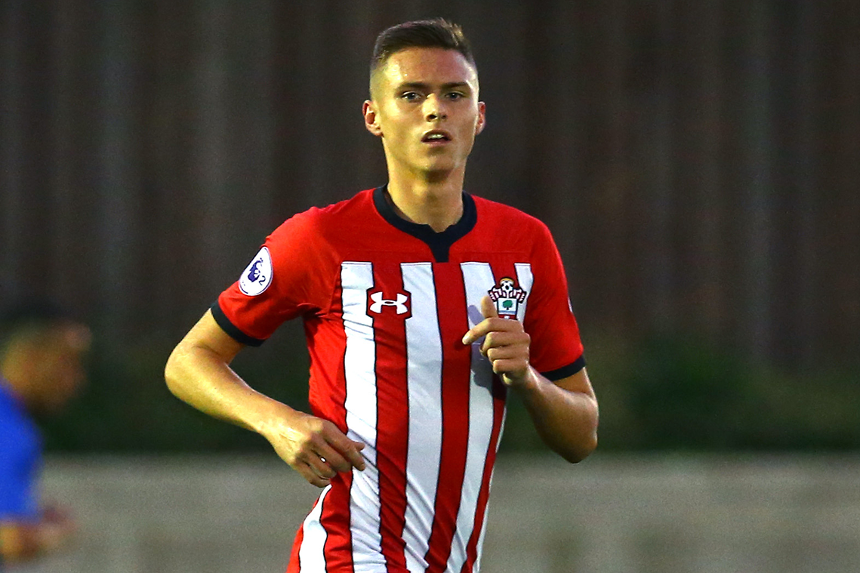 Southampton will host the Division 2 playoff final after beat Aston Villa 2-0 in the last-four stage.

Will Smallbone (pictured) and Tom O'Connor got the goals at St Mary's Stadium for a Saints side who this week missed out on the title and automatic promotion to Wolverhampton Wanderers on goal difference.

Smallbone scored gave his side the lead on seven minutes with a penalty won by Tyreke Johnson.

Captain O'Connor sealed the win with a stunning 30-yard free-kick in the second half.

In the final Southampton will face Newcastle United, who beat Reading on penalties in the other semi-final on Friday.

The south-coast side get the advantage of playing at their home ground because they finished higher in the regular season.