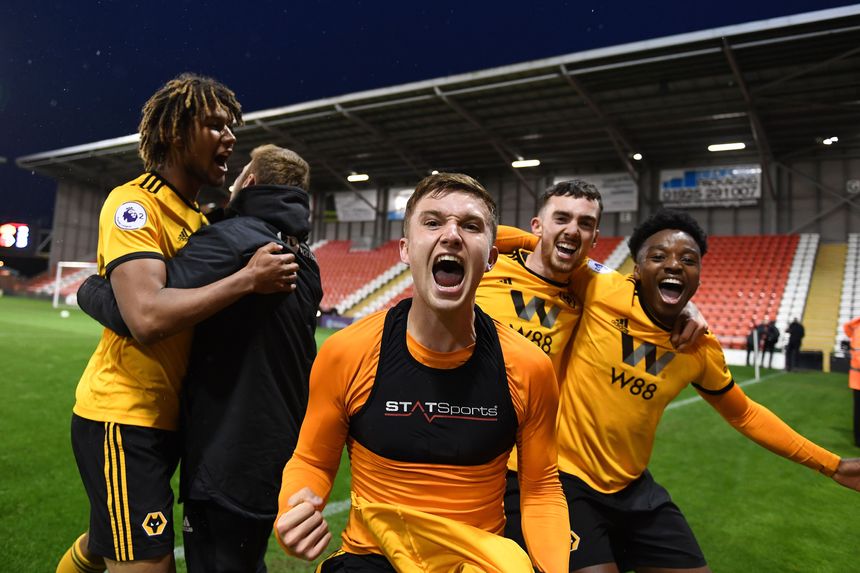 Southampton have finished as runners-up in Premier League 2 Division 2 after their 5-1 home win against Sunderland was not enough to stop Wolverhampton Wanderers being confirmed as champions on goal difference.

Requiring a 12-goal win to replace Wolves in the only automatic promotion spot, Saints fell behind in the fourth minute when Lee Connelly scored for Sunderland.

But Christoph Klarer headed in Saints' leveller and Tyreke Johnson gave the hosts a 2-1 half-time lead at St Mary's Stadium.

William Smallbone converted a 54th-minute penalty to make it 3-1, substitute Marcus Barnes netted a fourth and Alfie Jones completed the scoring on 70 minutes.

Saints' victory moved them up to 43 points with a goal difference seven inferior to Wolves, whose 3-2 comeback win at Manchester United on Friday proved decisive in the title race.

You’ve got to watch this…

The scenes from the touchline, pitch and dressing room as the U23s seal the #PL2 Division 2 championship with a last-minute winner!

Sunderland end the season at the bottom of the table with 12 points.