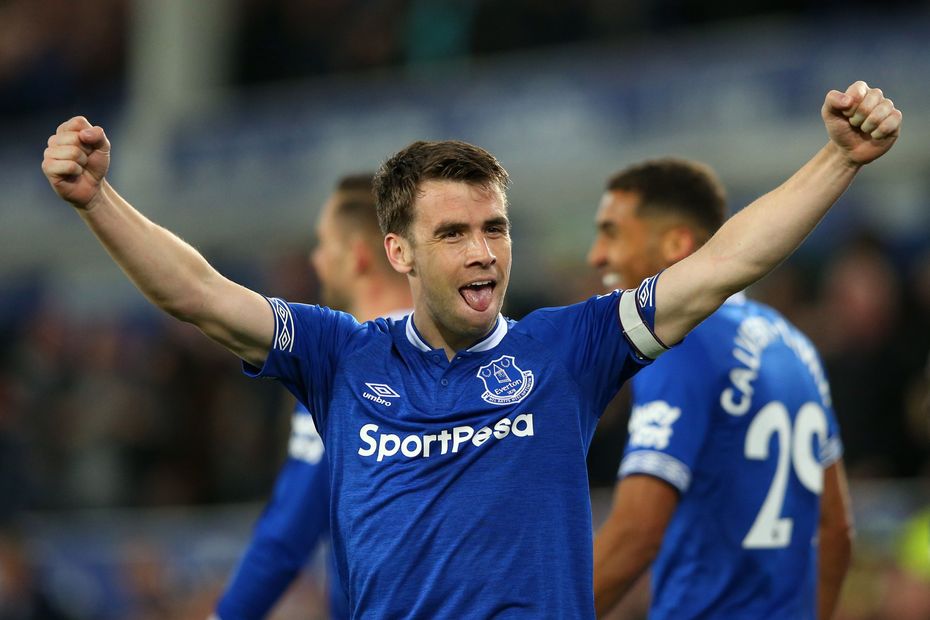 Everton kept the pressure on in the race to finish seventh with a 2-0 victory over Burnley at Goodison Park.

The Toffees took the lead on 17 minutes when Ben Mee turned into his own net a shot from Richarlison, who later went off injured.

Their advantage was doubled just three minutes later as captain Seamus Coleman headed in after Tom Heaton could only parry a long-range effort from Lucas Digne.

Burnley thought they had pulled a goal back before half-time but Ashley Barnes was denied a seventh goal in 10 PL away matches as he was offside when converting Ashley Westwood's cross.

Everton substitute Ademola Lookman rattled the crossbar late on and the hosts held firm at the other end for a fifth consecutive home clean sheet in the Premier League for the first time since 2013.

It takes them above Leicester City in eighth place and one point behind Wolverhampton Wanderers, in seventh, who host Fulham on Saturday.

Burnley remain 15th having already secured their safety from relegation.