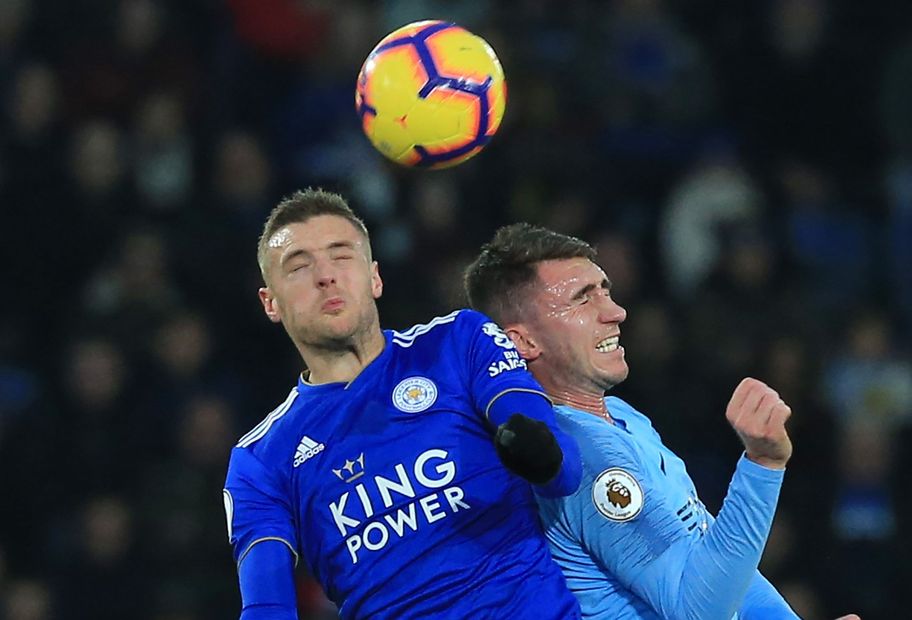 Guardiola warns Leicester will not roll over External Link

Leaders Manchester City are targeting a 13th successive Premier League victory as they bid to go back ahead of Liverpool and retain their title.

Leicester City, who beat Arsenal 3-0 in their last outing, need to win to stay in contention for possible European qualification via seventh place.

Leicester have reported no new injuries with only long-term absentee Daniel Amartey (ankle) expected to be unavailable.

Kevin De Bruyne has been ruled out for Man City with a hamstring injury.

Pep Guardiola will monitor the fitness of Fernandinho, who sustained a knee injury at Old Trafford last month.

If Sergio Aguero scores on Monday he would equal his best ever season for PL home goals, after his 16 strikes at the Etihad Stadium in 2011/12, while a brace would set a new mark.

The Foxes are looking for their first ever PL away win on a Monday at the 12th attempt, having drawn three and lost eight such matches.

Since his PL debut in 2014/15, Jamie Vardy has scored more goals against the current top six sides than any other player in the competition, with 31.