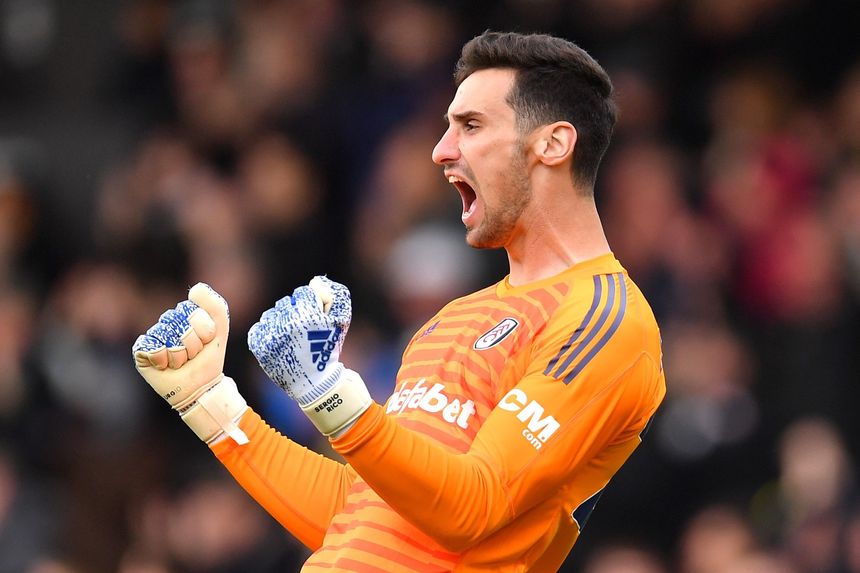 A third straight clean sheet for Fulham is reflected in the Dream Team for Gameweek 36 of Fantasy Premier League.

They claim a place in a Dream Team set-up that has five players across the back for the second week running.

The Fulham goalkeeper made a string of saves to deny Cardiff. His display earned him two save points and the maximum bonus award.

The Liverpool left-back became the first defender in FPL history to reach the 200-point mark in a single season. He did it in style, with a 20th clean sheet and his 11th and 12th Fantasy assists of a brilliant campaign.

His appearance as a first-half substitute was a memorable one. As well as clean sheet and bonus points, Christie got the assist for Fulham's winning goal.

With attacking full-backs dominating the Dream Team, Leicester City's Pereira produced his eighth FPL assist of the season as the Foxes beat Arsenal 3-0.

Another Liverpool defender who impressed in the 5-0 win over Huddersfield Town, the right-back provided his ninth assist of the campaign.

The Fantasy favourite marked his first start since Gameweek 32 with the equaliser in Chelsea's 1-1 draw at Manchester United.

The Gameweek's top points scorer is back in top form. His two goals and assist against Huddersfield means he has now delivered attacking returns in five successive fixtures.

Salah's team-mate scored a brace for the third time in five home matches, earning an eighth double-figure score of the season.

The Wolverhampton Wanderers midfielder scored and provided an assist in the 2-1 win at Watford. Seven of his nine goals and five of his eight FPL assists this season have come since Gameweek 23.

The AFC Bournemouth forward is finishing the season with a bang. He made the Dream Team for the second time in three Gameweeks after scoring two goals and setting up the other as the Cherries drew 3-3 with Southampton.

Two goals and maximum bonus points brought the Leicester striker his third double-digit haul in seven Gameweeks. Despite that fine form, he has lost nearly 300,000 owners over the past two weeks.