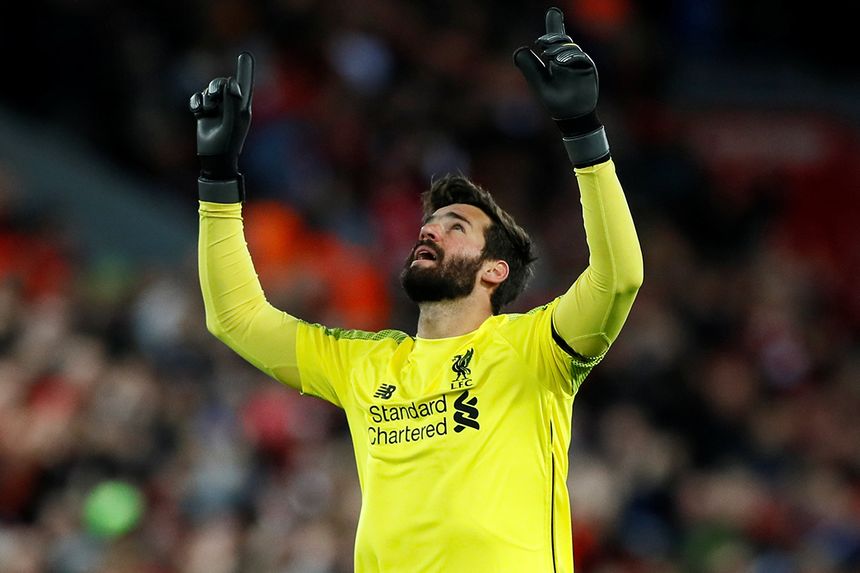 In his first season in the Premier League, Alisson has already joined an elite group of goalkeepers.

By shutting out Huddersfield Town in the 5-0 win on Friday night, the Liverpool No 1 became only the fifth goalkeeper to record 20 clean sheets in a PL season.

Indeed he is the first to do so since Pepe Reina and Edwin van der Sar 10 years ago.

The Brazilian is no longer able to catch the goalkeeper with the most clean sheets in a season, Petr Cech, with 24 for Chelsea in 2004/05, but another shutout would take him past Reina's club-record mark for Liverpool, which he has equalled.

Another clean sheet in either of Liverpool’s two remaining matches would also earn Alisson at least a share of the 2018/19 Golden Glove.

Alisson is two ahead of the 18 clean sheets kept by Manchester City’s Ederson, who must stop Burnley scoring on Sunday to have a chance being the outright winner.