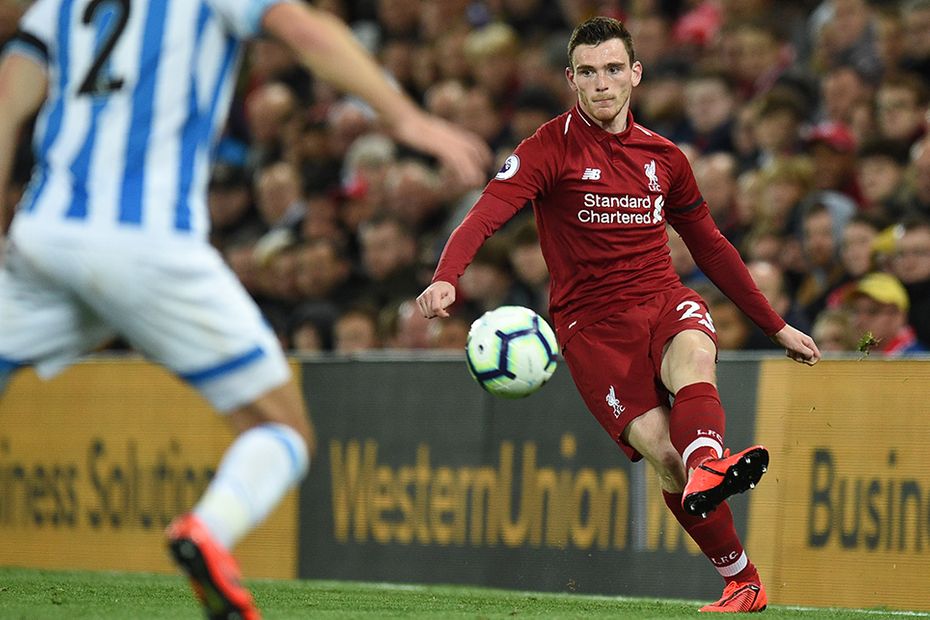 If a forward returns 200 points in a Fantasy Premier League season he is a star. If a midfielder does it, he is a legend. But a defender?

With his 14-point display against Huddersfield Town, Andrew Robertson (£6.8m) put himself in the FPL record books.

Robertson's pair of Fantasy assists, clean sheet and two bonus points took the Scot to 206 points, the first time a defender in the game has reached a double century.

It was the Liverpool full-back's fifth double-digit haul of the season and he has repaid the faith of managers with at least an assist or a clean sheet in 24 of his 36 Gameweek appearances.

It also marked 29 bonus points from him this season.

Virgil van Dijk (£6.7m) could yet join fellow Liverpool defender Robertson in reaching the 200-mark. A clean sheet took him to 194 FPL points for the 2018/19 campaign.

Setting up two goals at Anfield took Robertson's assists tally to 11 to the season.

No defender in Premier League history has provided more goals to team-mates in a single season.

The only two other players to do so were also left-backs but from the other side of Liverpool: Everton's Leighton Baines in 2010/11, and Andy Hinchcliffe in 1994/95.

Robertson's team-mate Trent Alexander-Arnold (£5.6m) is only two assists behind him, with a total of nine. That earns him a place in the top five assist hauls by defenders in a PL season.