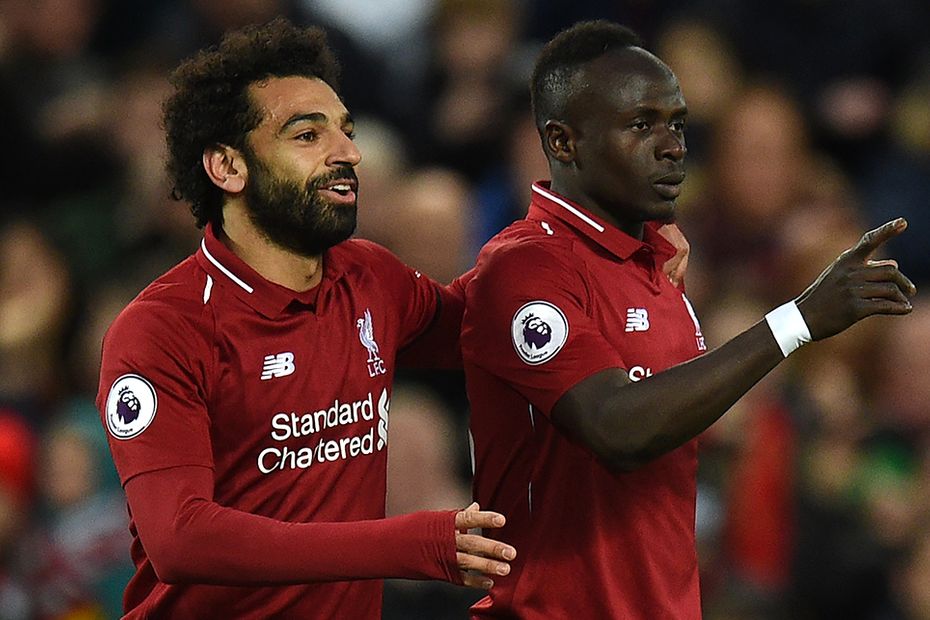 Race for Golden Boot: Salah set to play on Sunday

The brace of goals each scored by both Sadio Mane and Mohamed Salah against Huddersfield Town not only put Liverpool back above Manchester City at the top of the Premier League table, but they also sent the pair into the top two places in the race for the Golden Boot.

Salah had been level with Sergio Aguero on 19 goals before his double at Anfield returned the Egyptian to the No 1 slot in defence of the award that was presented to him by Cadbury last season.

Mane's double took the Senegalese above Aguero on 20 goals. It also made Liverpool the first club to have two players score at least 20 goals in a single Premier League season since the Reds themselves did so in 2013/14 through Suarez and Daniel Sturridge.

With Naby Keita, of Guinea, opening the scoring after only 15 seconds, it meant that all five goals were scored by African players. That is the most by players from the continent in a Premier League match.

Focus will now turn to Aguero and City, who will have the chance to return back to their respective No 1 slots away to Burnley on Sunday.