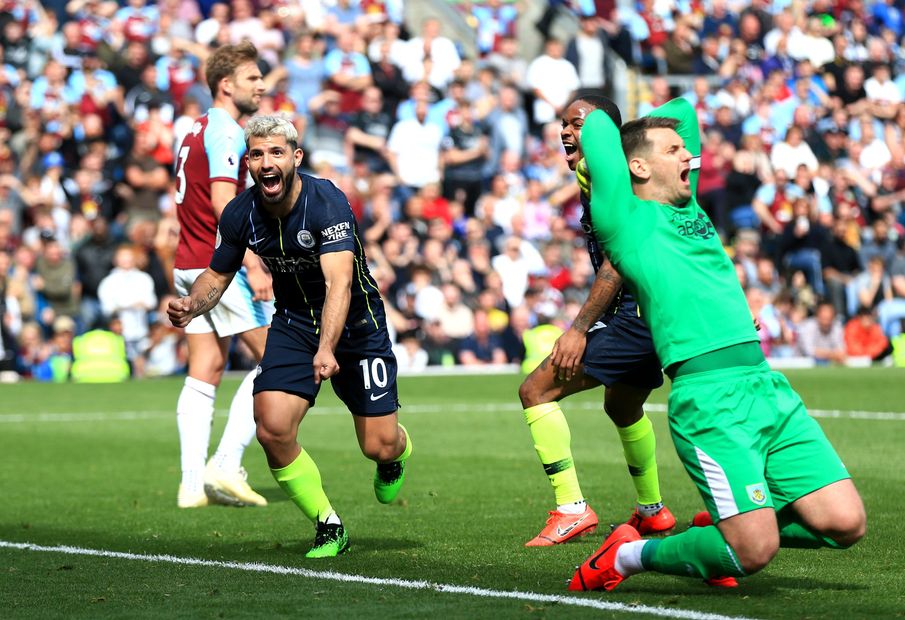 Manchester City returned to the summit of the Premier League after securing a narrow 1-0 victory at Burnley.

The Clarets frustrated Pep Guardiola's side in the first half and had one of the better chances, with Chris Wood finding an opening in the Man City defence before losing control of the ball.

However, City upped the ante after the interval and Sergio Aguero, Aymeric Laporte and Bernardo Silva all forced saves from Tom Heaton before the defending champions took the lead on 63 minutes.

Aguero unleashed a shot from six yards out and, although Matthew Lowton hacked the ball away, the Goal Decision System adjudged that it had crossed the goalline.

Gabriel Jesus nearly put City out of sight when he rounded Heaton but Ben Mee made a fine block, this time stopping the ball inches in front of the line.

Guardiola's side have moved one point ahead of Liverpool with two matches left to play, with the PL lead changing hands for a record 30th time in a season.

Burnley, whose Premier League safety has already been secured, remain 15th on 40 points.