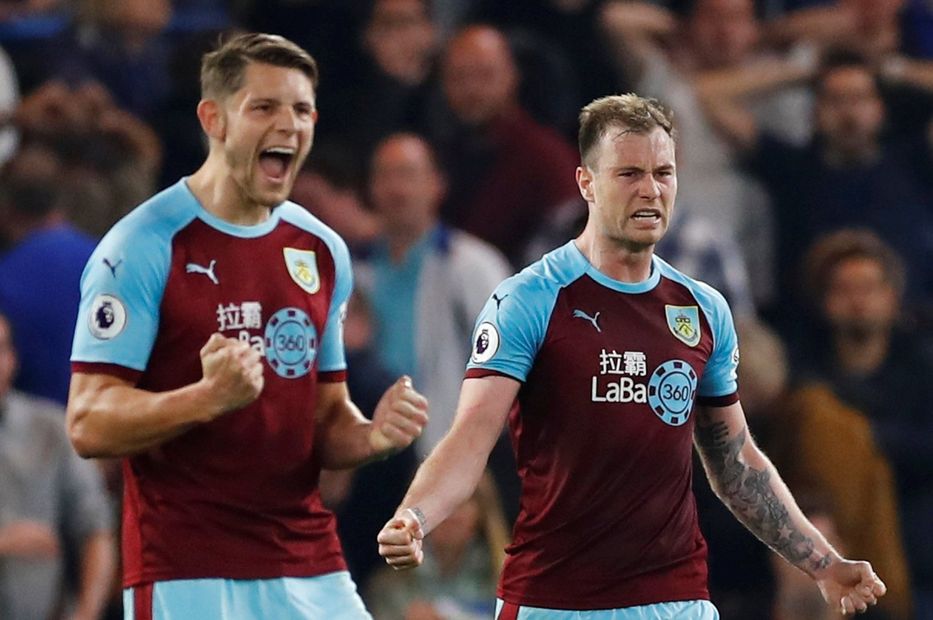 Burnley thwarted Chelsea's hopes of going third with a 2-2 draw at Stamford Bridge.

All the goals came in a frantic first 24 minutes. Jeff Hendrick volleyed Burnley ahead in the eighth minute, but less than seven minutes later Chelsea led.

But back came Burnley. From a 24th-minute free-kick Chris Wood flicked on for Ashley Barnes to level.

Chelsea, who lost Callum Hudson-Odoi to an Achilles injury, put Burnley under late pressure but could not fashion a clear-cut chance and so only rise to fourth in the league table.

They are on 67 points, behind Tottenham Hotspur on goal difference and one clear of Arsenal.

The race for fourth

Burnley are 15th on 40 points, nine off the relegation zone.