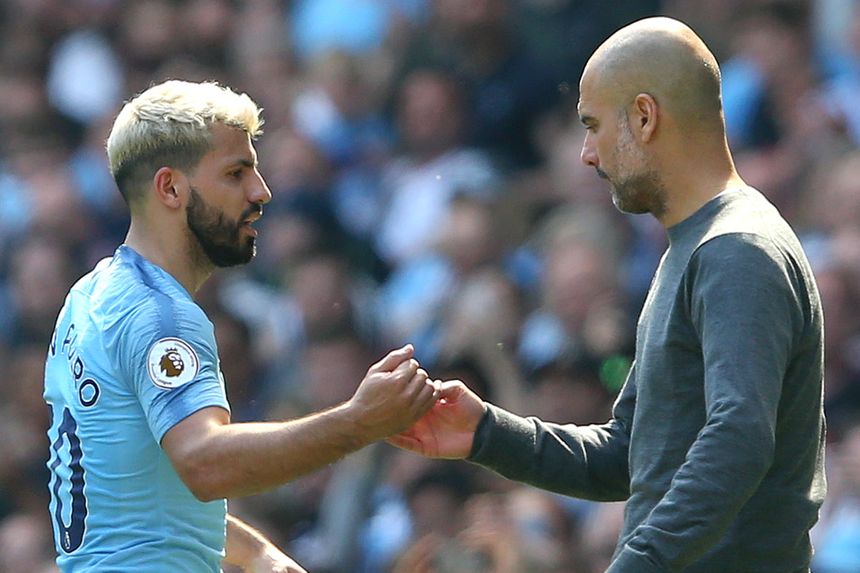 As well as the chance to return to the top of the Premier League table, there are a number of records on offer for Manchester City in Wednesday's derby at Manchester United.

Victory for the reigning champions would make them the most successful visiting side at Old Trafford in the Premier League era.

It would be City's seventh victory at Man Utd's stadium, taking them ahead of Chelsea's six wins there.

At present the Man City manager is level with Sam Allardyce and Ronald Koeman after claiming two wins from his first two matches at United.

Sergio Aguero can also claim a landmark. If he scores on Wednesday he will be the player with the most PL goals in the Manchester derby.

The City striker is level with ex-United forward Wayne Rooney, who scored eight goals in top-flight meetings between these sides.

If Aguero scores twice, it would take him level with Alan Shearer on 10 goals as the player to have scored most against the Red Devils in the Premier League.

Anyone who scores for City will also take the club level with the record goal tally of 156 in all competitions in one season, which was set in their title-twinning 2013/14 campaign.