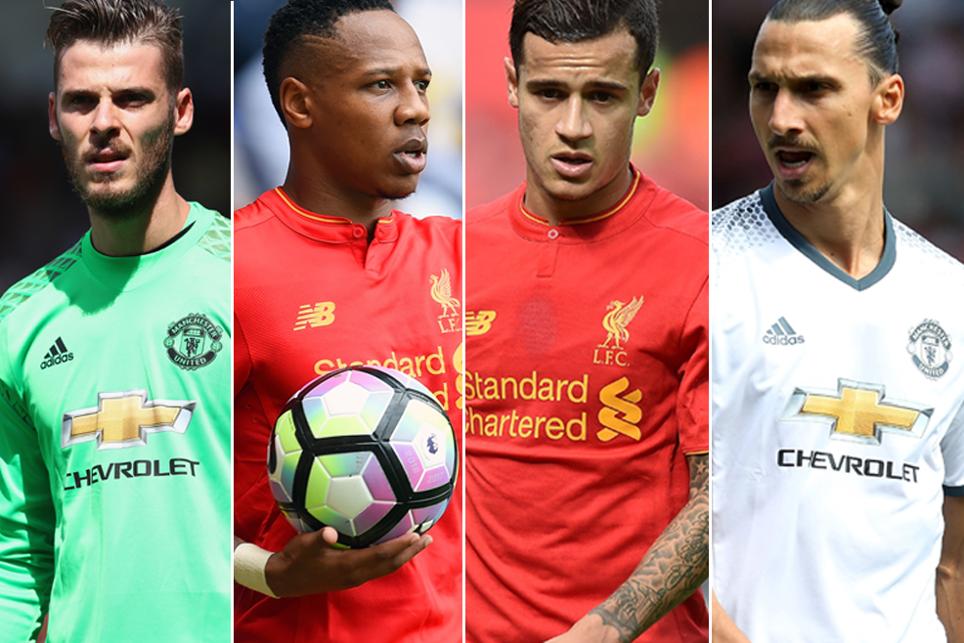 Karius: We respect Man Utd - but we don't fear them External Link

Liverpool meet Manchester United in the Premier League for the 49th time on Monday and, ahead of the match, two pundits picked the best combined XI between the present sides.

Dietmar Hamann, who played for Liverpool in the top flight, and former Premier League manager Alan Curbishley had the difficult choice of selecting a combined starting line-up.

Even though 13-time PL champions Man Utd have won 27 of the previous 48 meetings in the competition, there were more Liverpool players in the team than from Jose Mourinho's Red Devils.

"Some of them seem to be reformed players under the new manager [Jurgen Klopp]," Hamann said. "He has instilled huge belief and class into them, and they go from strength to strength."

To see the team in full, click on the video above.