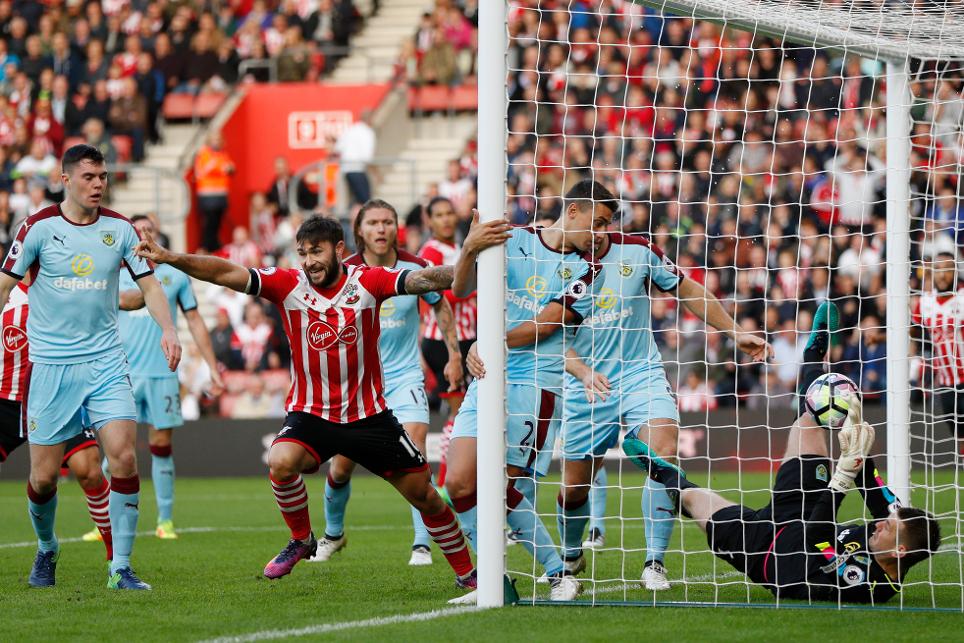 Austin: It was a great team display External Link

Two goals from Charlie Austin helped Southampton up to eighth place in the Premier League with a 3-1 victory over Burnley.

After Tom Heaton kept Austin at bay in the first half with an astonishing save to claw the striker’s downward header wide of the post, Saints scored three times in 14 second-half minutes.

Austin opened the scoring when he prodded the ball past Heaton at the second attempt after Virgil van Dijk’s header across the six-yard box.

📰 Here's what Claude Puel made of the win over #BFC, as #SaintsFC made it seven games unbeaten: https://t.co/ngJrZvbuam

Nathan Redmond made it 2-0 with a drilled finish from a corner floated into the box on the hour mark, before Austin slotted in from the penalty spot after Premier League debutant Sam McQueen, on as a substitute for injured Matt Targett, was tripped by Johan Berg Gudmundsson.

Sam Vokes scored with a spot-kick himself to make it 3-1, following Dusan Tadic’s push on Ben Mee, but Saints saw out the match and stretched their unbeaten run to four league matches.