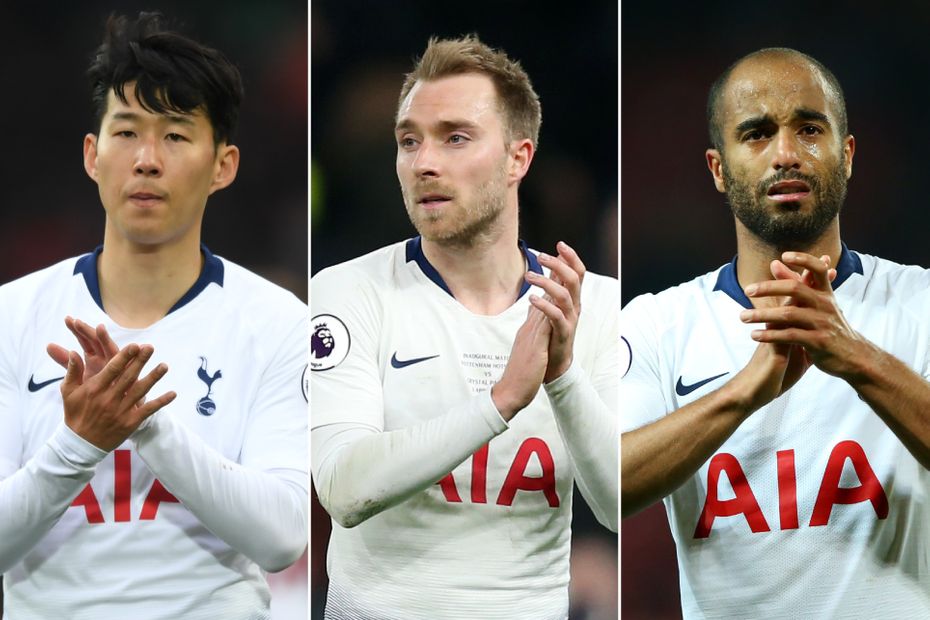 The Scout says Son Heung-min, Christian Eriksen and Lucas Moura can bring in big hauls over their two fixtures

Eight teams will play twice in Gameweek 35, including six of the top 10 in the Premier League.

Tottenham Hotspur’s pair of matches lifts the potential of their key attackers.

Son Heung-min (£8.8m) will be a top armband contender after his two goals at the Etihad Stadium in the UEFA Champions League on Wednesday night.

But Son’s role as a substitute against Huddersfield Town last weekend might persuade some FPL managers to seek out alternatives.

Christian Eriksen (£9.3m) could be Spurs’ most secure option.

The Dane has started every match from Gameweek 18 and has produced 26 FPL points across his last three appearances.

Meanwhile, the hat-trick scored by Lucas Moura (£6.8m) against Huddersfield has turned heads.

He is the most-bought player in the Gameweek, with over 110,000 new owners.

Paul Pogba (£8.7m) is Manchester United’s form player for their matches against Everton and Man City.

The midfielder scored two penalties in last week’s 2-1 win over West Ham United and has averaged an impressive 7.4 points per match under Ole Gunnar Solskjaer.

The Liverpool pair of Mohamed Salah (£13.2m) and Sadio Mane (£10.1m) should not be overlooked either.

The Reds have just one match in Gameweek 35, away to Cardiff City, but Salah and Mane are capable of producing devastating FPL hauls.

Both recorded 15 points against Cardiff in Gameweek 10.