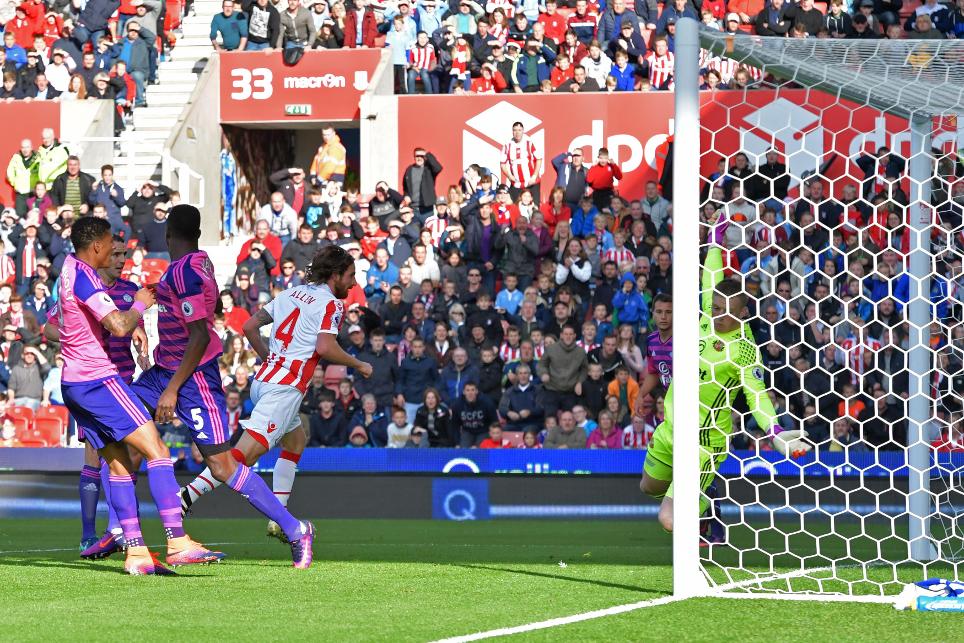 The Stoke midfielder scored for the third successive Premier League, getting both goals in the first half.

The Welshman headed home Marko Arnautovic’s cross from close range and doubled his tally shortly before the break with a low shot from the edge of the area.

Charlie Adam nearly added a third in the closing stages when his 20-yard shot hit a post, as Sunderland's winless start was extended to eight matches.