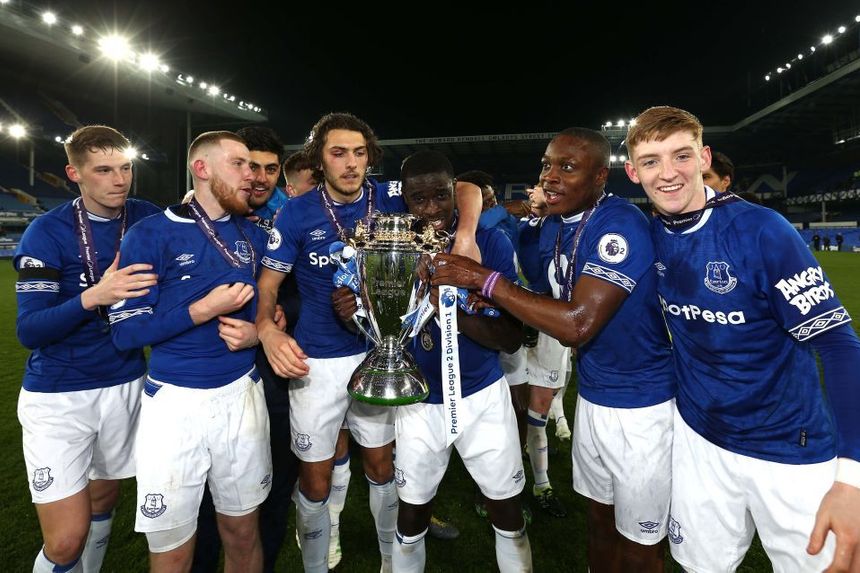 Everton have won the Premier League Division 2 Division 1 title after a 1-0 victory against Brighton & Hove Albion at Goodison Park.

Second-placed Brighton went into the match knowing a win would take them level with the Blues with one match of the season remaining.

However, Josh Bowler proved the match-winner for Everton, scoring the all-important goal in the 22nd minute when he cut in from the right wing and rifled a shot past Robert Sanchez.

⚽ | Josh Bowler picks out the bottom corner to give us the lead!

With eight minutes left, Brighton had the chance to take the title race into the final round of matches when Max Sanders was fouled in the penalty area by Lewis Gibson. But Viktor Gyokeres sent his penalty over.

The victory secures Everton's second Division 1 title in three years, having lifted the Trophy in 2016/17.

Brighton's defeat leaves them one point above Liverpool and Arsenal, in third and fourth place respectively, going into the final round of matches.