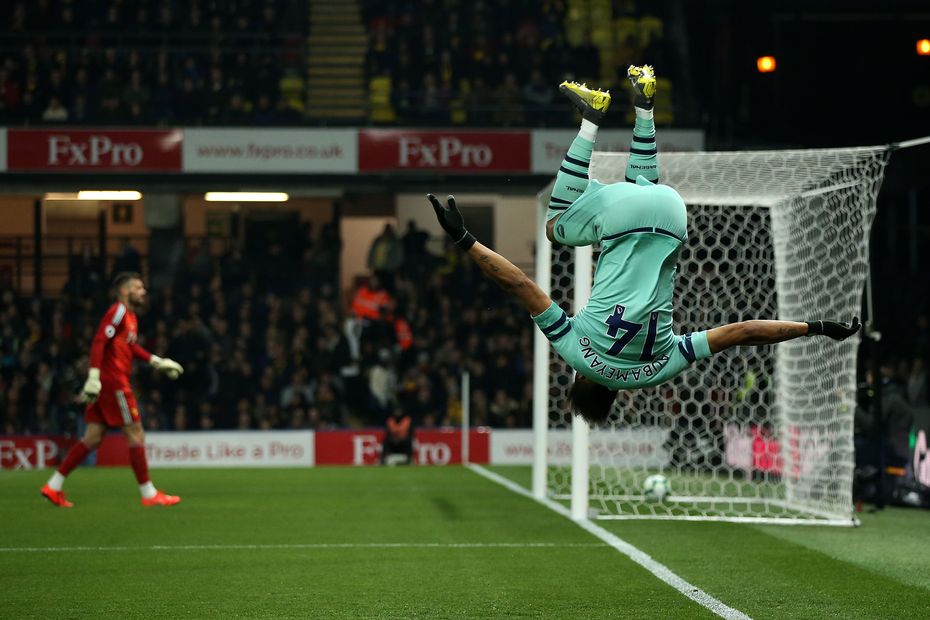 An opportunistic early goal by Pierre-Emerick Aubameyang clinched victory for Arsenal against 10-man Watford and sent them up to fourth place in the Premier League table.

The Gunners striker seized on hesitation by Watford goalkeeper Ben Foster to deflect his attempted clearance into the net on 10 minutes for his 18th PL goal of the season.

A minute later, Hornets forward Troy Deeney was shown a straight red card for a challenge on Lucas Torreira.

After the break, Foster saved at point-blank range from Henrikh Mkhitaryan, before Adam Masina crashed a long-range shot against the crossbar for Watford.

Aubameyang flicked a shot just over with 15 minutes left, while Andre Gray and Will Hughes had chances to level for the spirited hosts.

But Arsenal held on for their first away clean sheet of the campaign to retake fourth spot. They're on 66 points, above Chelsea on goal difference with a match in hand.

The end to Watford's three-match winning sequence at home keeps them in 10th, on 46 points.