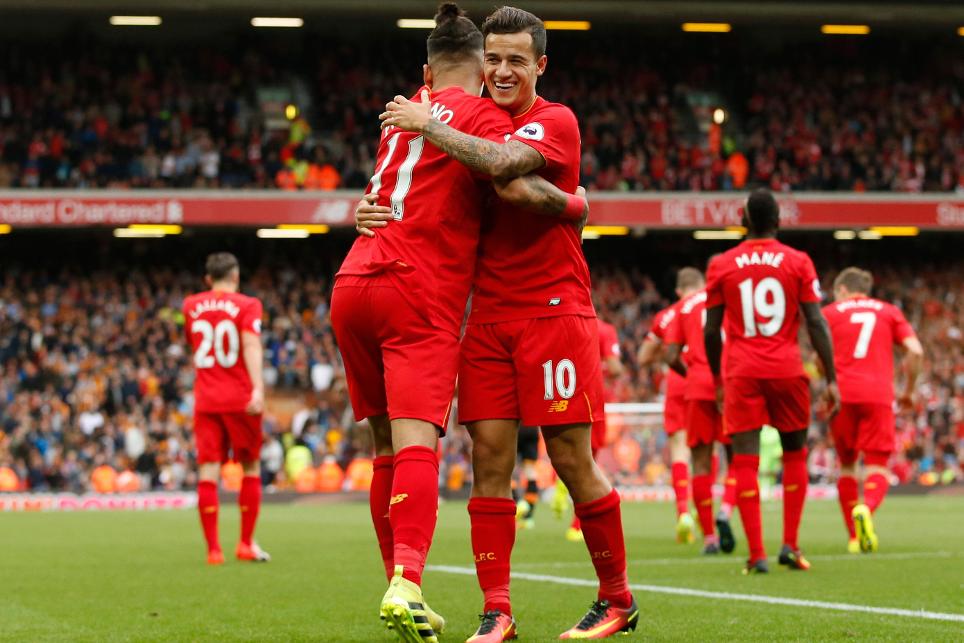 Liverpool's Philippe Coutinho (£8.3m) and Roberto Firmino (£8.4m) were both on the scoresheet in a busy 24 hours of international fixtures for key Fantasy Premier League players.

The second-most popular midfielder in FPL with 33.9% ownership, Coutinho played from start to finish as Brazil breezed past Bolivia 5-0.

Firmino was a second-half substitute, as Coutinho provided the assist for his late strike.

Having averaged 6.3 and 6.1 points per match respectively this season, Coutinho and Firmino look poised for heavy investment from Gameweek 9, with Jurgen Klopp's side set for a promising schedule through to Gameweek 18.

Son Heung-min (£7.6m) maintained his fine recent form with a goal and an assist in South Korea's 3-2 victory over Qatar.

Subject to more transfers in (131,000+) than any player in the Gameweek, the Tottenham Hotspur midfielder faces trips to West Bromwich Albion and AFC Bournemouth on the back of four goals and two FPL assists in four appearances.

Hector Bellerin's (£6.5m) 25.7% FPL owners have fresh concerns over his availability for Gameweek 8.

The Arsenal full-back, who climbed to third in the FPL defender standings with a Gameweek 7 clean sheet at Burnley, is to be assessed after an ankle problem while on duty for Spain's Under-21s.

Arsenal have back-to-back home encounters with Swansea City and Middlesbrough, before making the trip to struggling Sunderland, over his next three Gameweeks.

Stoke City's midfield prospects Marko Arnautovic (£7.2m) and Joe Allen (£4.8m) were both in the goals as Austria and Wales played out a 2-2 stalemate in Vienna.

Arnautovic netted twice for the hosts while Allen made it three goals in his last three outings in all competitions with Wales' opener but is a doubt for the Potters' Gameweek 8 encounter after limping off with a hamstring complaint.

Having scored against Crystal Palace in Gameweek 5, Arnautovic could emerge as a viable midfield differential if Mark Hughes' men can profit from some kind upcoming fixtures.

Dusan Tadic (£7.2m) was another midfielder displaying fine form on the international stage, playing a pivotal role in Serbia's 3-0 triumph in Moldova.

The Southampton playmaker grabbed a goal and two assists, teeing up Chelsea's Branislav Ivanovic (£5.9m) for the second.

Owned by only 2% of FPL managers, the in-form Tadic has registered attacking returns in three of the last four Gameweeks ahead of the Saints' home encounter against Burnley.