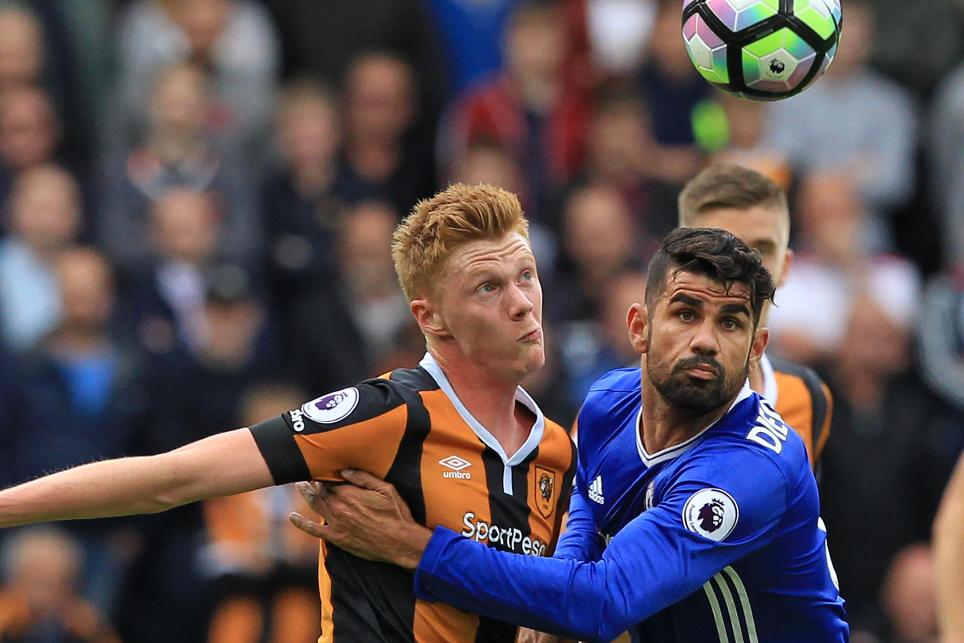 Every new season gives players a fresh chance to impress managers and supporters alike and during the first seven matches of the 2016/17 campaign a number of players have caught the eye.

You would struggle to find a player anywhere in the Premier League who has remodelled their individual style more substantially than Hull City’s Sam Clucas in the last few months.

While climbing the ladder with Hereford United, Mansfield Town and Chesterfield, he made a name for himself as a hard-working wide-man who chipped in with regular end product.

The former Leicester City academy player carried on in much the same vein for the Tigers last season, excelling in the Championship on the left of midfield to produce six goals and eight assists.

Taking to the new role with minimal fuss, Clucas was then entrusted with a start against champions Leicester in Matchweek 1 and produced a composed performance in a 2-1 win.

Since then the 26-year-old has gone from strength to strength, looking increasingly at home sat in front of the back four.

But why has Clucas been able to adapt so quickly to such a drastically different job?

While slight of build, his fitness levels and mobility make him ideally suited. Gliding across the turf to break up play, his impressive average speed of 7.27 km/hour, outlines an ability to move around the field with ease.

He is not afraid to put his foot in either. Currently the fourth-most prolific tackler in the Premier League, Clucas leads the way at the KCOM Stadium when it comes to making successful challenges.

After he wins the ball he also keeps it simple.

Of Hull City’s regular starters he is second only to Ryan Mason when it comes to passing accuracy. Considering he averages more than 50 passes per match his 86.7% success rate is excellent and this assurance helps his side exert an element of control.

He is not the quickest, but the winger-turned-enforcer does have the technical ability to beat opponents in tight situations. This skill and confidence on the ball sets him apart from others to sit in the deep-lying spot and it often buys him space in the centre of the park.

Looking at his past, Clucas was an attacking midfielder who never shirked his defensive duties, so it is understandable that he has been able to transfer that discipline to the base of the engine room.

However, it is hard to recall too many other dramatic top-flight positional transformations to have worked out so well.

What appeared to be a part-time fix could end up being the making of Sam Clucas.