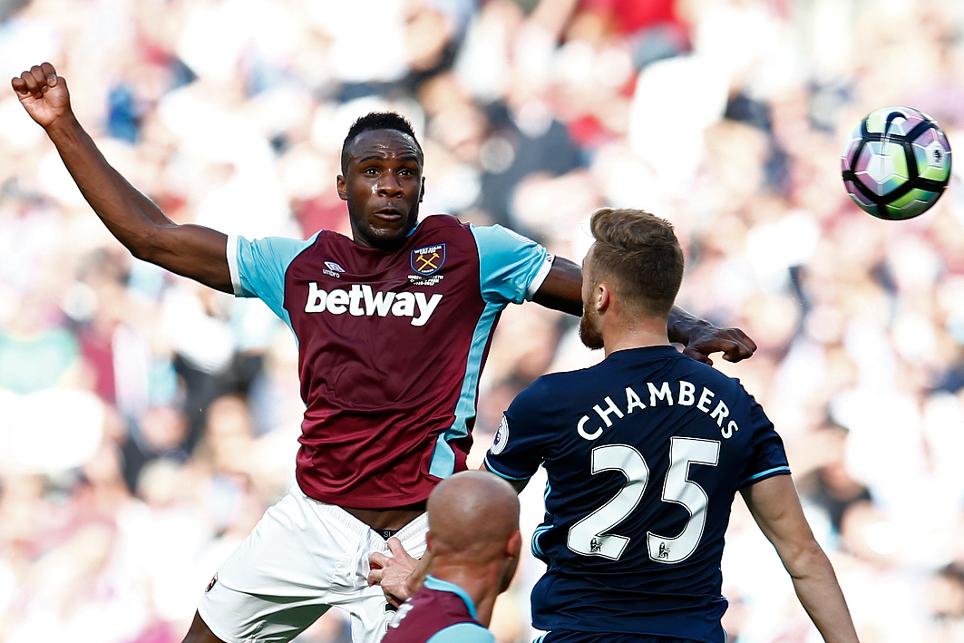 West Ham winger, who started up front in GW7, ranks highly in ICT Threat Index. The Scout looks at the top ten

After seven rounds of fixtures, Zlatan Ibrahimovic (£11.5m) stands outs as the biggest goal threat in Fantasy Premier League according to the ICT Index.

The Manchester United forward registers a Threat score of 511 in the Index, ranking top for attempts on goal (38) and efforts from inside the opposition box (24), but only 10.3% of his efforts have found the net.

After scoring three times in the first two Gameweeks the goals have dried up for Ibrahimovic, who has scored only once in the subsequent five rounds of fixtures.

With back-to-back trips to Liverpool and Chelsea up next, the Swede has been sold by more FPL managers than any player in the Gameweek.

The Chelsea striker has produced returns in all but one of his seven Premier League outings under Antonio Conte, rising to the top of the FPL forwards standings on 46 points.

He is also ranked first for ICT Influence, registering 281.

As many as five midfielders find a place in the ICT Threat top 10, with West Ham United’s Michail Antonio (£7.3m) and Arsenal’s Alexis Sanchez (£11.3m) leading the way.

Antonio has netted five times to the Chilean's four and started up front for the Hammers against Middlesbrough last weekend.

He has produced more attempts from inside the opposition box than any midfielder (19) and matched Sanchez’s nine shots on target.

Everton's Romelu Lukaku (£9.4m) is the third-highest striker in the Index, narrowly edging ahead of Manchester City's Sergio Aguero (£13.1m) by an ICT Threat score of 366 to 360.

After failing to produce points in his first three fixtures, Lukaku has returned five goals and an assist in the last four Gameweeks.

Aguero has netted five times in as many matches, having missed Gameweeks 4 and 5 due to suspension.

His average of 7.8 FPL points per match this season is more than any other forward.

The winger is joint-top with Ibrahimovic for touches inside the opposition box (69) and has managed eight of his 16 attempts on target.

Theo Walcott (£7.7m) has hadmore accurate efforts (11) than any midfielder.

The Arsenal wide man has served up three goals and as many assists, matching team-mate Sanchez for efforts inside the box, with 18 apiece.

Walcott is owned by a mere 7.9% of FPL managers as the Gunners prepare to host Swansea City, Middlesbrough and AFC Bournemouth in the next six. He also travels to Sunderland over that period.

Philippe Coutinho (£8.3m) has made more attempts on goal (29) than any midfielder, finding the net on three occasions.

He sits in more than 33% of FPL squads ahead of an inviting upcoming schedule. From Gameweek 9-18, only two of Liverpool’s fixtures register a score of more than two in the Fixture Difficulty Ranking.

In terms of FPL points per million, the Sunderland man is ranked first for forwards after finding the net on four occasions.