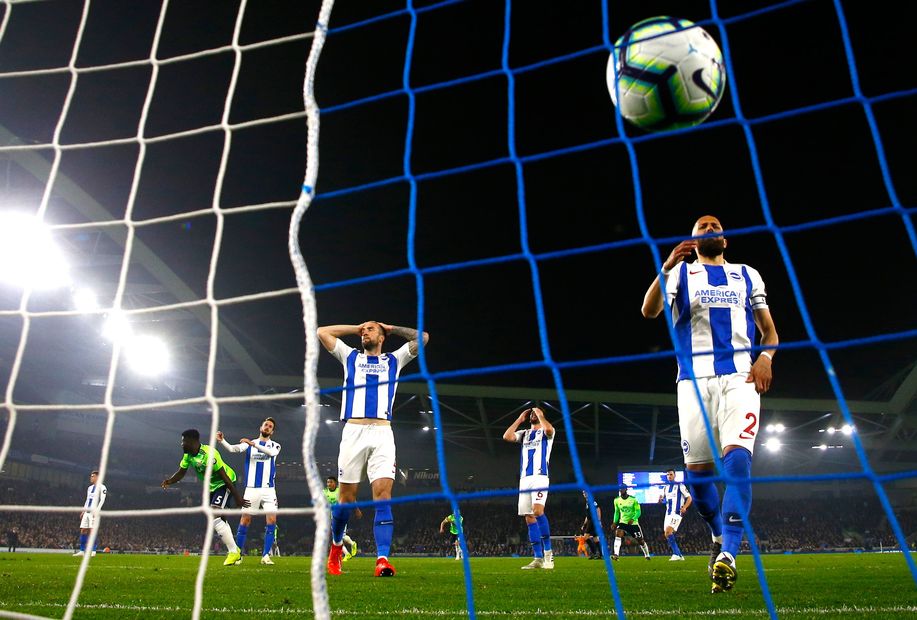 After Cardiff City won at Brighton in a big match at the bottom of the table, we look at what history tells us from past relegation fights

The total of 40 points has attained a mythical status for Premier League clubs battling against relegation.

While history has shown that this tally is no guarantee of avoiding relegation, more often than not, it has been enough to stay up.

Since the league was cut to 20 teams in 1995/96, the average points required to avoid the drop has been much lower than 40.

Over the past 23 seasons, the 18th-placed team, the highest to go down, have averaged 35.6 points.

Teams with 37 points would have retained their Premier League status in 16 of the past 23 seasons.

West Bromwich Albion's 34 points in 2004/05 make them the team with the lowest total to remain in the Premier League.

That tally could be enough this season. Brighton & Hove Albion are currently on 33 points, two clear of third-from-bottom Cardiff City, whom they were defeated by on Tuesday night.

Exception to the rule

The mythical 40-point barrier was not enough for West Ham United in 2002/03. The Hammers went down despite accruing 42 points, the highest for a relegated side.

Only two other teams have finished in the bottom three with 40 points: Sunderland, in 1996/97, and Bolton Wanderers the following season.

See: The fight to avoid relegation - the run-in