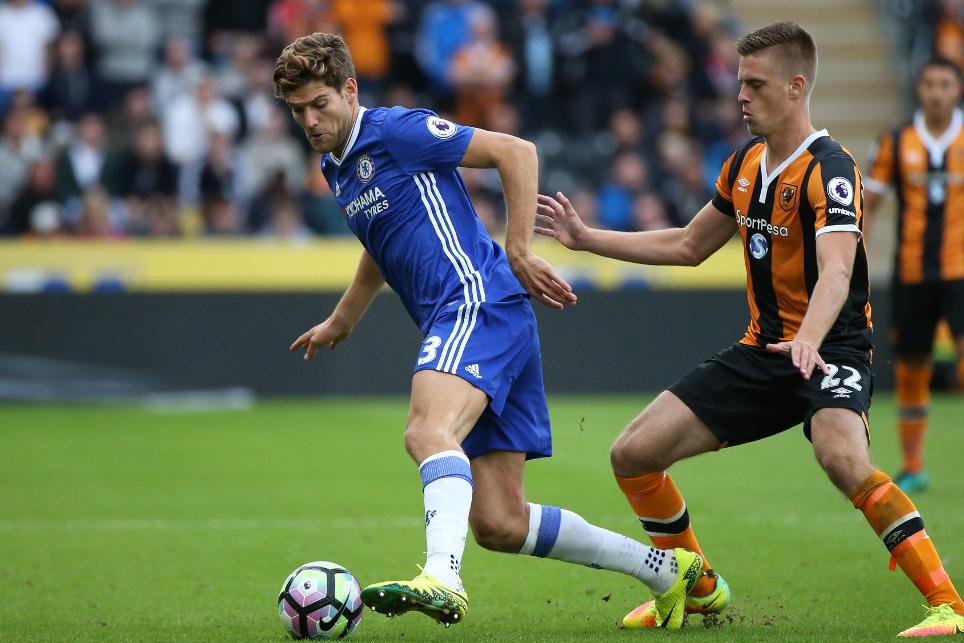 After suffering back-to-back defeats against Liverpool and Arsenal, Antonio Conte tinkered with his tactics for Chelsea's Gameweek 7 trip to Hull City.

The Italian had started each of the opening six fixtures with a 4-1-4-1 formation but switched to a 3-4-3 at the KCOM Stadium in an attempt to shore up his side's defensive frailties.

The impact was immediate at both ends of the pitch.

Chelsea were ranked second for shots (22), efforts in the box (13) and attempts on target (eight).

The Spain international bagged a goal and an assist in the 2-0 win, climbing to the top of the Fantasy Premier League forward standings.

Conte's new system morphed into a 3-4-2-1 when in possession, allowing Eden Hazard (£9.9m) and Willian (£7.3m) to operate centrally behind the striker.

The latter found the net, producing three attempts on goal - all from inside the box - and created a trio of scoring chances.

Hazard, however, continued to toil.

The Belgium international managed only one long-range effort and did not register a single key pass. An ICT Index score of 3.3 was his lowest of 2016/17.

Hazard's reduced attacking output was balanced out by a marked improvement in the defensive resilience of his side.

Chelsea allowed the Tigers a mere three shots inside their penalty area - less than any other side - as they chalked up their second clean sheet of the campaign.

Following a run of six outings in the first XI, Branislav Ivanovic (£5.9m) was omitted from Conte's starting line-up.

It was the first time since the 2011/12 season that Ivanovic had been dropped to the bench due to his form rather than being rested.

The Serb made way as Marcos Alonso (£5.9m) and Victor Moses (£5.5m) were handed their maiden starts of 2016/17. The pair were utilised as wing-backs as Conte returned to a set-up that proved so successful during his time with Juventus.

With Hazard tucking in centrally, the Spaniard's raids down the left produced five attempts on goal, with three efforts inside the box; more than any defender for Gameweek 7 on both counts.

He also created four scoring opportunities - a tally matched only by Manchester United's Daley Blind (£5.6m) at the back.

Although Alonso's performance for an improved Chelsea bodes well, the upcoming schedule is far from enticing.

Only a Gameweek 12 visit to Middlesbrough scores less than three in the Fixture Difficulty Ranking over that period.