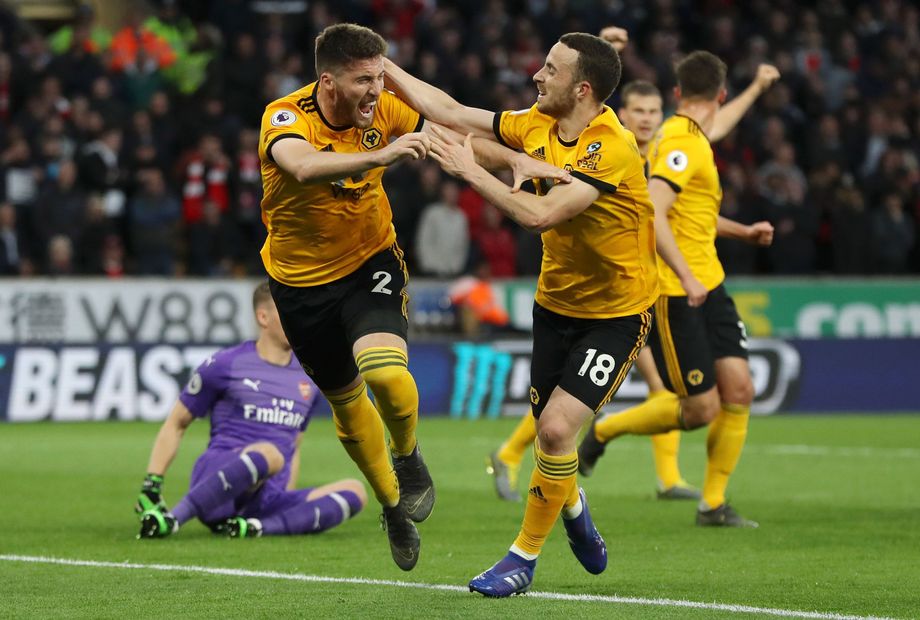 Arsenal lost ground in the race for a top-four place after suffering a 3-1 defeat by Wolverhampton Wanderers at Molineux Stadium.

Wolves took the lead on 28 minutes when Ruben Neves fired a superb free-kick past Bernd Leno.

Matt Doherty headed in a second nine minutes later before Diogo Jota made it 3-0 in first-half stoppage time after racing through the Arsenal defence.

Sokratis pulled a goal back for the visitors with a header from Granit Xhaka's cross with 10 minutes remaining.

But their second defeat in four days means Unai Emery's side remain in fifth with 66 points, a point and a place behind Chelsea.

Wolves' first victory in three PL matches lifts them to seventh with 51 points.