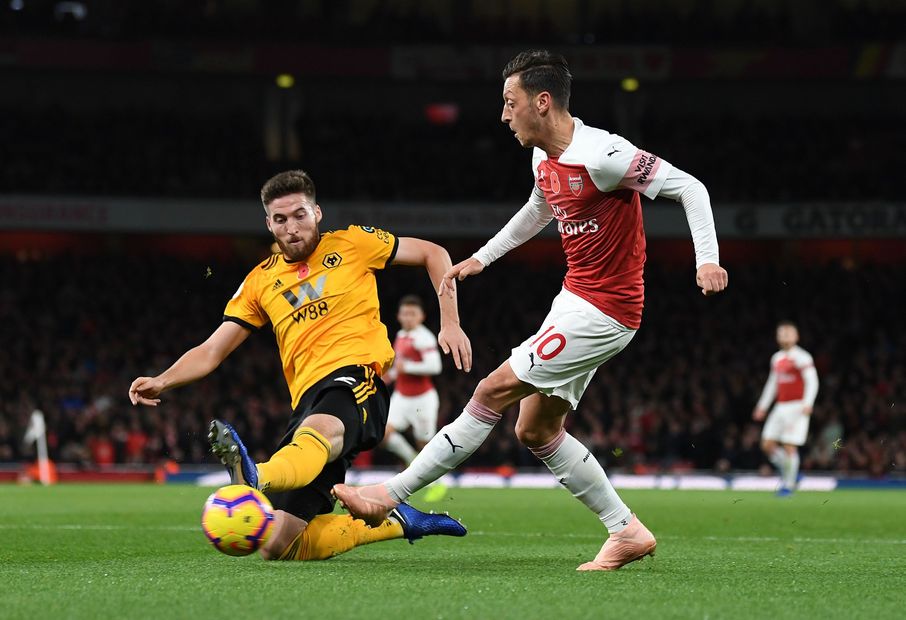 Emery on his selection and Mustafi's performance External Link

Wolverhampton Wanderers are looking for their first Premier League victory in three matches after slipping to 10th.

Arsenal are bidding to bounce back from Sunday's 3-2 home defeat by Crystal Palace and close in on a top-four finish.

Aaron Ramsey (hamstring) and Denis Suarez (groin) are out for the trip to Molineux, while fellow Arsenal midfielder Granit Xhaka (hip) is being assessed.

Wolves are looking for their first PL victory over Arsenal at the 10th attempt (D2 L7). They have played more matches against the Gunners without winning than anyone else in the competition.

Wolves can become only the third promoted team in PL history to beat at least four of the sides that finish in the top six, after Sunderland and Blackburn Rovers did so in 1996/97 and 1992/93 respectively.

Arsenal have won all four of their PL fixtures at Molineux. Only at Hull City’s KCOM Stadium do they have a better 100 per cent win rate in the competition

The Gunners' PL defeats this season have all come on a Saturday or a Sunday. They have won six and drawn the other two of their eight matches played between Monday and Friday.