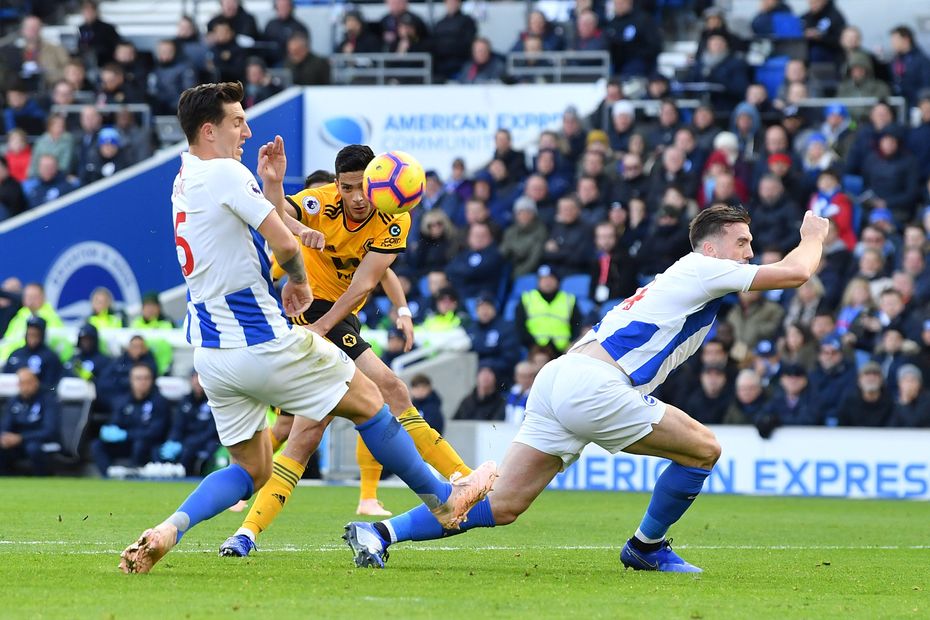 Wolverhampton Wanderers, who sit eighth, are aiming for a second victory in three matches and a place in Europe next season.

Brighton have no new injuries but remain without the suspended Anthony Knockaert.

Wolves have a better points-per-match ratio against the current top six PL sides this season (1.3) than they do against the teams in the bottom six (1.1).

Diogo Jota has had a hand in nine goals in his last seven Premier League home matches, with six strikes and three assists. He has only failed to score or assist in one of those fixtures, February’s 1-1 draw with Newcastle United.

Brighton have won their last three league fixtures against Wolves, keeping a clean sheet each time, and have only lost two of their 14 matches at Molineux (W7 D5 L2).

The Seagulls are looking for only their second PL away win in nine attempts (W1 D1 L6), and their first clean sheet on the road in 12 matches.