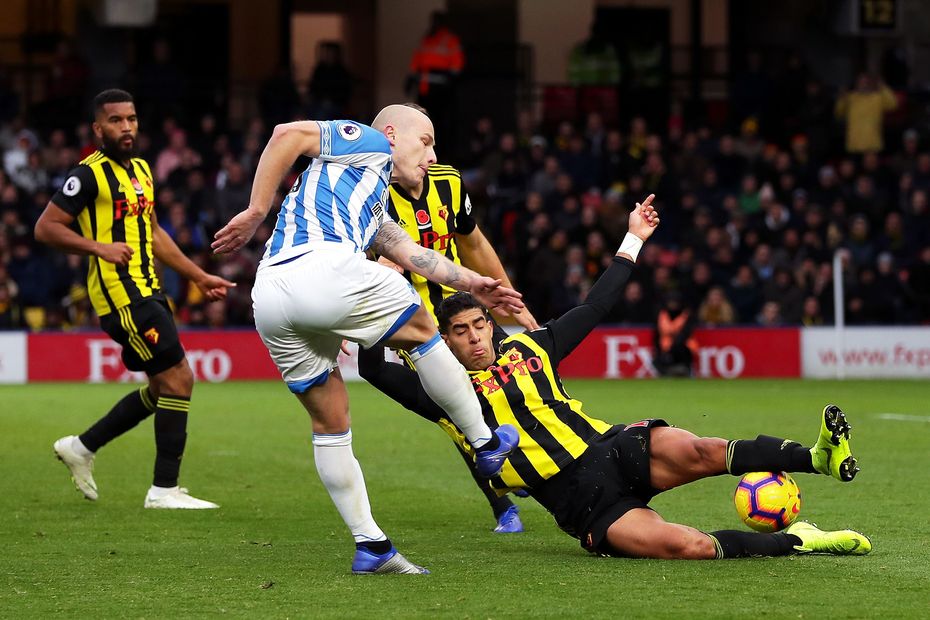 Siewert: We have to learn from the next four games External Link

Huddersfield Town are aiming to avoid a seventh consecutive defeat as they host 10th-placed Watford, who are targeting a second victory in three matches and European qualification to end the season.

Isaac Mbenza has recovered from illness but Karlan Grant is doubtful having missed training sessions this week with an illness of his own.

Laurent Depoitre (foot) is back in training but remains unavailable as Jan Siewert refuses to rush his striker back.

Watford hope to have Gerard Deulofeu and Roberto Pereyra back available after the pair returned to full training this week.

Captain Troy Deeney starts a three-match suspension after the Hornets lost an appeal against the striker's red card against Arsenal.

Jose Holebas (hamstring), Adalberto Penaranda and Tom Cleverley remain out but the latter is expected back soon. Domingos Quina (shoulder) is out for the season.

Huddersfield have scored in all of their 14 home matches against Watford in all competitions, netting 24 goals in total at an average of 1.7 per match.

The Terriers are looking to avoid matching Sunderland’s record of 14 home defeats in a Premier League season, in both 2002/03 and 2005/06. Huddersfield have lost 13 times at the John Smith’s Stadium.

Watford are seeking to improve their away form, having lost their last three PL matches on the road and shipping 10 goals in the process. They last lost more consecutively on the road in their last six such matches last season.

Gerard Deulofeu has been involved in 14 goals in all competitions this season, scoring nine goals and producing five assists. He boasts an average of one goal involvement every 129 minutes, which is the best ratio of any Watford player.