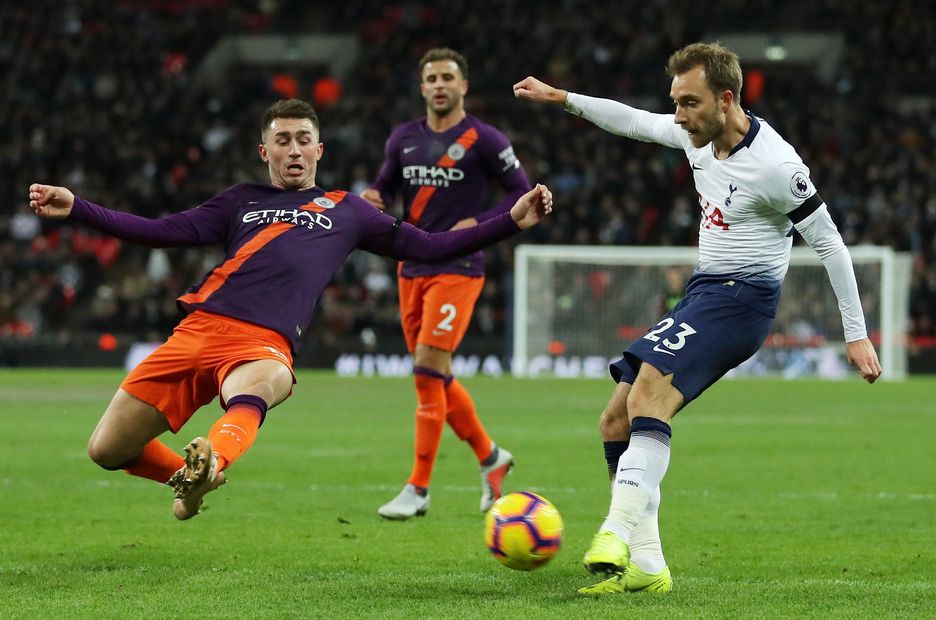 Third-placed Tottenham Hotspur are aiming for a third successive top-flight win as they bid to stay in the top four with victory over the team they knocked out of the UEFA Champions League on Wednesday night.

Oleksandr Zinchenko (leg) could be involved for Man City after taking part in training. Claudio Bravo (Achilles) is a long-term absentee.

Eric Dier (hip) and Vincent Janssen (ankle) are due to return to training on Friday but are doubtful to play.

Man City, who have won their last three PL matches against Spurs, are looking to equal their competition best run of four successive wins against the north Londoners.

None of City’s last 25 PL matches have ended level, the longest current run in the competition. The Citizens have won 21 of those matches.

Spurs are looking to become the first team since Liverpool in 2008/09 to win away in the Premier League against both Manchester clubs in the same season.

Mauricio Pochettino’s side have won all five of their PL matches without Harry Kane this season. They last lost without the England striker taking part against Manchester United back in October 2017.