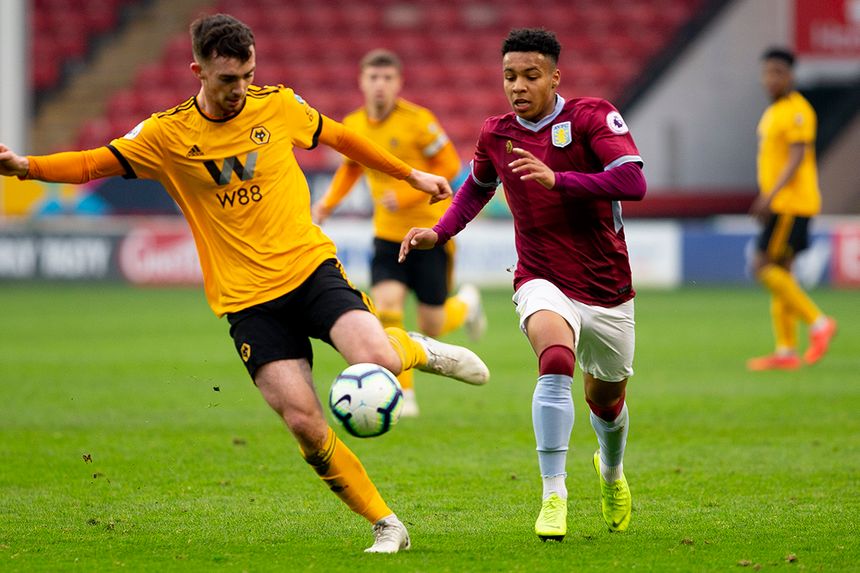 Aston Villa's 1-0 win puts one point between them, in fifth, and their second-placed opponents in Division 2

Aston Villa dented Wolverhampton Wanderers' hopes of winning the Premier League 2 Division 2 title and boosted their own promotion ambitions with a 1-0 home victory.

Cameron Archer (pictured) struck the decisive goal on 53 minutes, when beat Andreas Sondergaard after Tyler Wright's through-ball was helped on by Jacob Ramsey.

The victory at Walsall's Banks's Stadium moves fifth-placed Aston Villa to within a point of Wolves, and guarantees them a place in the playoffs with two matches left.

Wolves are in second position and lie two points behind leaders Southampton.

The Division 2 champions will gain automatic promotion to Division 1, and the teams ranked from second to fifth will compete in the playoffs for the second promotion place.