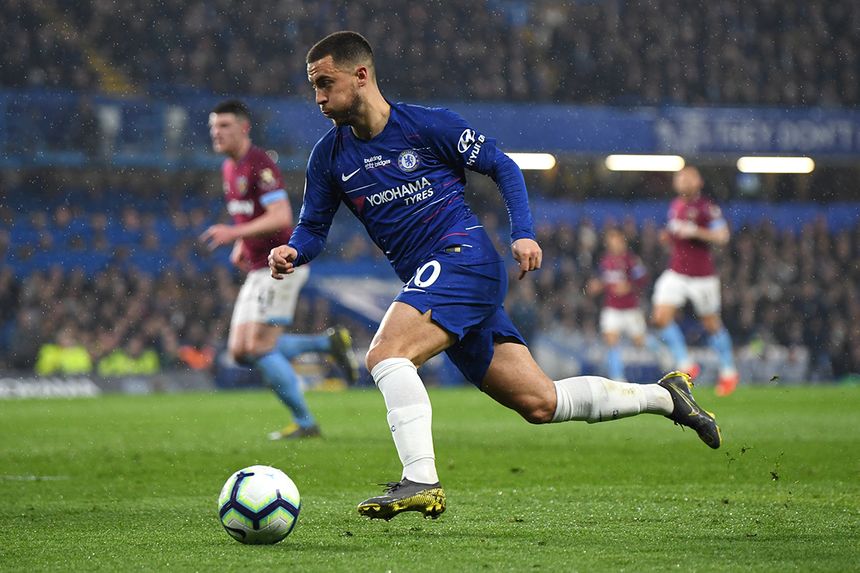 With his dazzling match-winning display against West Ham United, Eden Hazard moved clear of Sergio Aguero as the most influential goal-maker in the Premier League this season.

The Chelsea winger scored a sensational solo goal in the first half and a clinical second late in the 2-0 victory over the Hammers to take his side up to third place in the PL table.

Hazard’s double means he has been directly involved in more Premier League goals than any other player this season.

That return is two more than Aguero and three more than Mohamed Salah.

Hazard has even moved into Golden Boot contention, where he lies sixth in the rankings, three behind leading scorer Aguero.

With six matches still to play the Belgian’s 16 league goals is his joint-best tally for Chelsea, level with his second title-winning campaign in 2016/17, and he has easily surpassed his previous best of 21 goal involvements in a PL season.

The 28-year-old has been particularly impressive at Stamford Bridge, where he has been directly involved in 11 goals in his last 10 Premier League matches.

He will be hopeful of adding to that sequence, with two of the Blues' remaining fixtures at home against Burnley and Watford.

But his first concern will be making an impact on Sunday when he faces a Liverpool side against whom he has already scored this season.