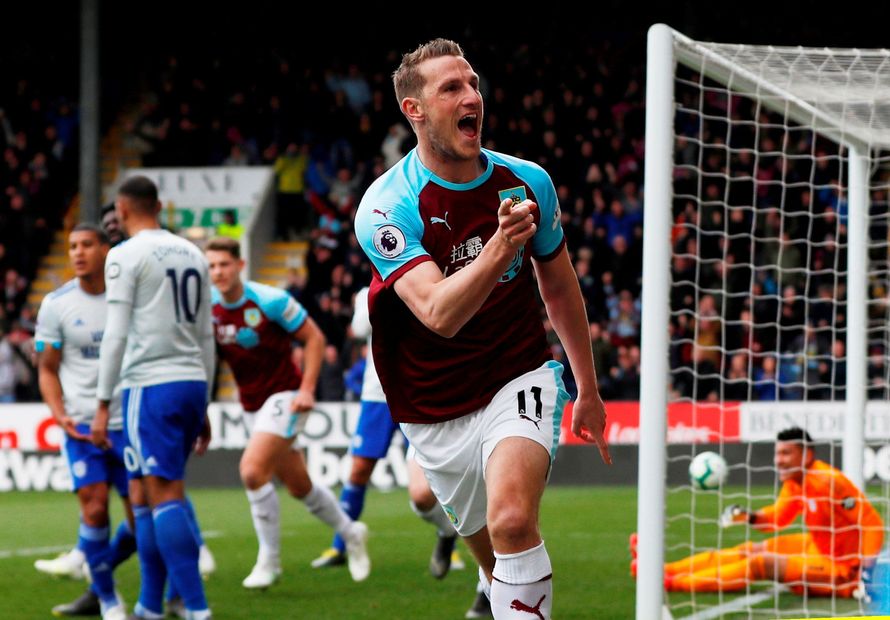 Goals in each half from Chris Wood earned Burnley a third consecutive victory, beating Cardiff City 2-0 to move closer to safety.

After hitting a post with a header on four minutes, Wood put the Clarets ahead on 31 minutes, nodding in Dwight McNeil’s corner.

Cardiff thought they had a penalty three minutes into the second half after the ball hit Ben Mee’s arm. But after pointing to the spot, referee Mike Dean consulted his assistant and overturned his decision.

Cardiff went close through Harry Arter's shot, which skimmed the crossbar, while Junior Hoilett blazed over.

But Wood confirmed the win in stoppage time to seal the points that lift Burnley to 14th in the Premier League table.

Burnley have 39 points, 11 clear of Cardiff, who remain third from bottom and are five points adrift of 17th-placed Brighton & Hove Albion, whom they visit on Tuesday night.