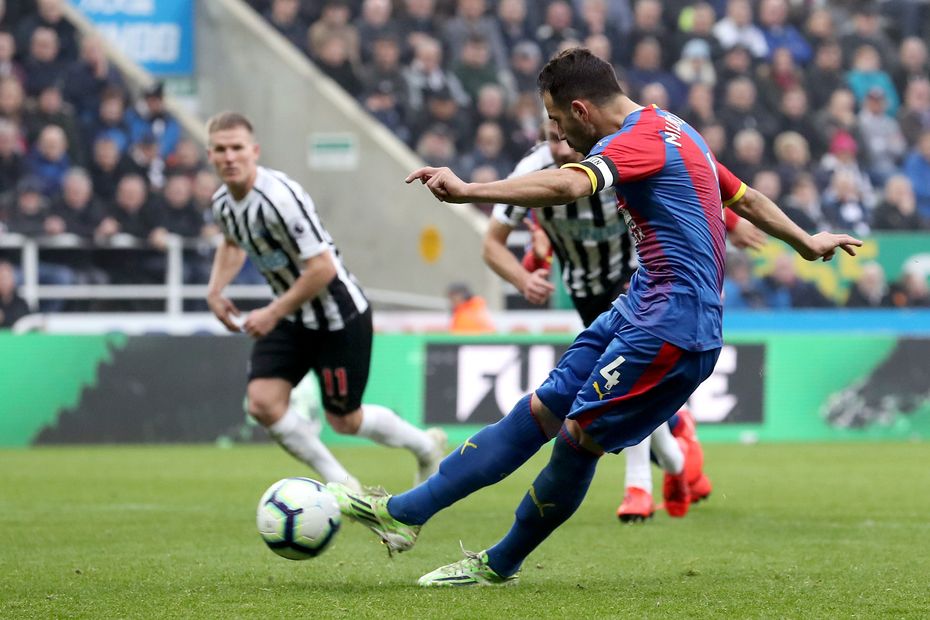 Hodgson: 'I can be very proud of the team' External Link
What we learned in Matchweek 33

The 81st-minute penalty by Luka Milivojevic at Newcastle United not only secured Crystal Palace a valuable three points in their fight against relegation, but edged the Serb closer to a Premier League record.

The goal was Milivojevic's 10th from the spot this season.

It moved him level with Steven Gerrard, Frank Lampard and Alan Shearer in reaching double figures for penalty goals.

He is now only one shy of a Premier League record held by a former Palace player in a single campaign.

Only Andy Johnson has scored more penalties in a Premier League season, converting 11 spot-kicks for Palace in 2004/05.

Most penalty goals in a season

And only one other team, Chelsea, in 2009/10, have won more penalties in a season than Palace’s 10 this campaign.

As on five other occasions this season, the penalty was awarded for a foul on Wilfried Zaha. No other player has won as many penalties in 2018/19.

The goal was also Milivojevic’s 23rd in the Premier League, 19 of which have come from the spot.

It moved him into outright second spot in the rankings of top-scoring Serbs in the competition.

Milivojevic moved above Branislav Ivanovic, who scored 22 times, and lies only behind forward Savo Milosevic, who got 29 goals for Aston Villa.

His only current rival is Aleksandar Mitrovic, with 20 goals.