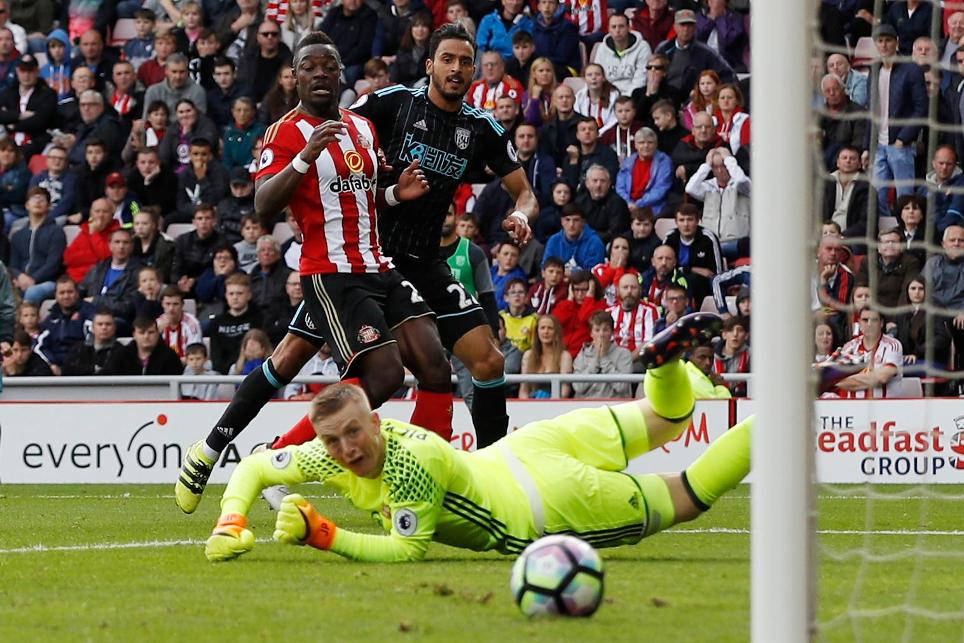 The Belgian registered 26 in the Bonus Point System against Sunderland, contributing four key passes in addition to his goal. That earned him a second set of three bonus points in just four appearances for Tony Pulis' men.

The home side had their own hero in 22-year-old goalkeeper Jordan Pickford (£4.0m); he was awarded two bonus points having denied the Baggies with six saves.

John O'Shea (£4.4m) earned his first bonus point of the season on his return to the Sunderland starting line-up. The veteran made 14 clearances, blocks and interceptions (CBI) to protect a precious point for the Black Cats.

Chadli earned his second double-figure ICT Index score of the season to top the rankings on Wearside.

The Belgian was a creator as well as an executor of goal scoring opportunities, presenting four chances for team-mates and providing four attempts of his own.

The winger contributed four goal attempts and, like Chadli, also created for others as he laid on a trio of efforts on goal.

Salomon Rondon (£6.7m) completed the top three in the Index and was the most direct player on show.

His Threat score of 64 was generated from five efforts on goal, four from within the Black Cats' penalty area.

Notably, the Venezuelan has mustered 22 goal attempts this season, with 18 arriving from inside the box. That's an identical record to Chelsea's Diego Costa (£10.0m) who tops the FPL forwards rankings and is priced at £3.3m more than the Baggies man.

David Moyes' attempts to shuffle his pack eventually won his side a point, although it was left to Patrick van Aanholt (£5.0m) to emerge from the bench to score having been dropped by the Sunderland manager.

Van Aanholt's starting role is now in question, although Moyes may look to work the Dutchman into an attacking position, having introduced him on the left wing to some effect on Saturday.

Elsewhere in the Sunderland camp, four-goal Jermain Defoe (£7.2m) remains the key asset in attack, with Pickford continuing to build his reputation as an assured budget option in goal.

Still without a clean sheet, Pickford has still delivered value by returning two save points in four of his five Premier League starts.

He has since withdrawn from England's U21 squad with a thigh problem but could return for Sunderland's Gameweek 8 visit to Stoke City.

For West Brom, Chadli's arrival has not only provided FPL managers with a new potent midfield option, it has also revitalised Rondon as an option up front.

But investment in Tony Pulis' squad should be tempered by a schedule that scores 16 on the Fixture Difficult Rankings over the forthcoming four Gameweeks.

Tottenham Hotspur and Manchester City are next at the Hawthorns, with trips to Liverpool and Leicester City also looming.