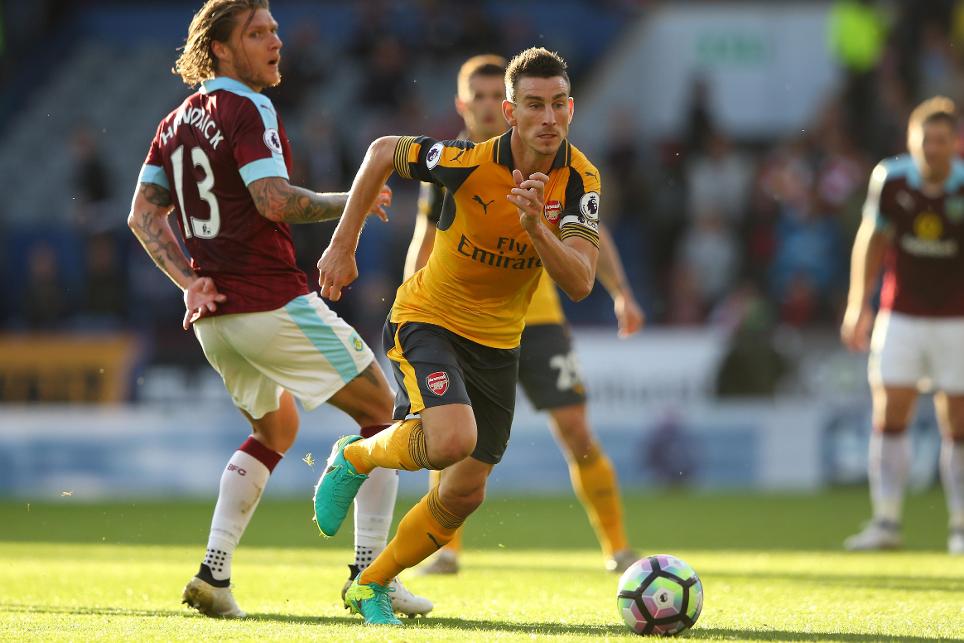 Koscielny's goal, his second of the season, was accompanied by an 87% pass completion and 10 recoveries as he accumulated 44 BPS.

His central defensive partner, Shkodran Mustafi (£6.0m), collected two additional points with a BPS score of 40, for four tackles and 16 clearances, blocks and interceptions in his battle with Burnley's Sam Vokes.

Alexis Sanchez (£11.2m) provided the drive behind Arsenal's victory, as shown by the ICT Index.

Sanchez's four goal attempts all arrived from inside the Clarets' penalty area and no other player over the weekend could match his eight chances created.

That performance left team-mate Mesut Ozil (£9.5m) trailing in second in the Index on 9.6.

The German also registered four efforts on goal and contributed more successful passes in the final third than any other player on show at Turf Moor (40).

Arsenal's fortuitous victory should not mask the performance of Sanchez or the fact that Arsene Wenger's back four, including Koscielny, has kept successive clean sheets.

Both should be major factors as we approach the next three Gameweeks, with the Gunners facing Emirates meetings with Swansea City and Middlesbrough next, followed by a trip to struggling Sunderland.

Prioritising investment in Wenger's charges over this spell looks crucial, with Sanchez undoubtedly the leading asset on offer.

Theo Walcott (£7.7m) presents a mid-price alternative, though, having claimed an assist at Turf Moor - he trails Sanchez by only seven FPL points, having returned two goals and as many assists in his last three outings.

Until the dying stages, Burnley had demonstrated the resolve that saw them concede only five goals in 17 home matches before Sunday.

Tom Heaton (£4.6m) was unfortunate to miss out on a third clean sheet of the season but still tops the FPL goalkeeper rankings with 30 points.