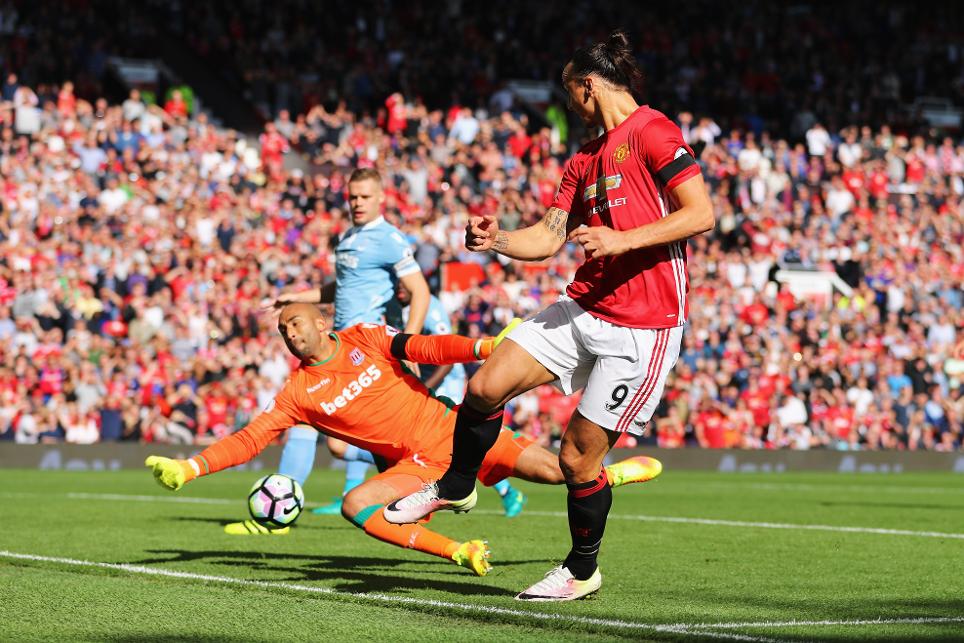 Grant, 33, was signed on a six-month loan from Derby County in the summer and emerged ahead of Shay Given and Jakob Haugaard to take the gloves after Jack Butland's injury.

On Sunday he produced eight saves, the joint-most by a goalkeeper in the competition this season.

“He is a confident guy and we all saw his confidence this afternoon, which is just what you need when you come and play at Old Trafford,” Hughes told stokecityfc.com.

“He is enjoying his time here, getting opportunities that maybe he didn’t think he would have and he is taking them chances with both hands.”

See: A great result - Allen | Mourinho: Our best performance yet

great performance from the boys and Granty was class 🔥 hopefully that kicks us on!