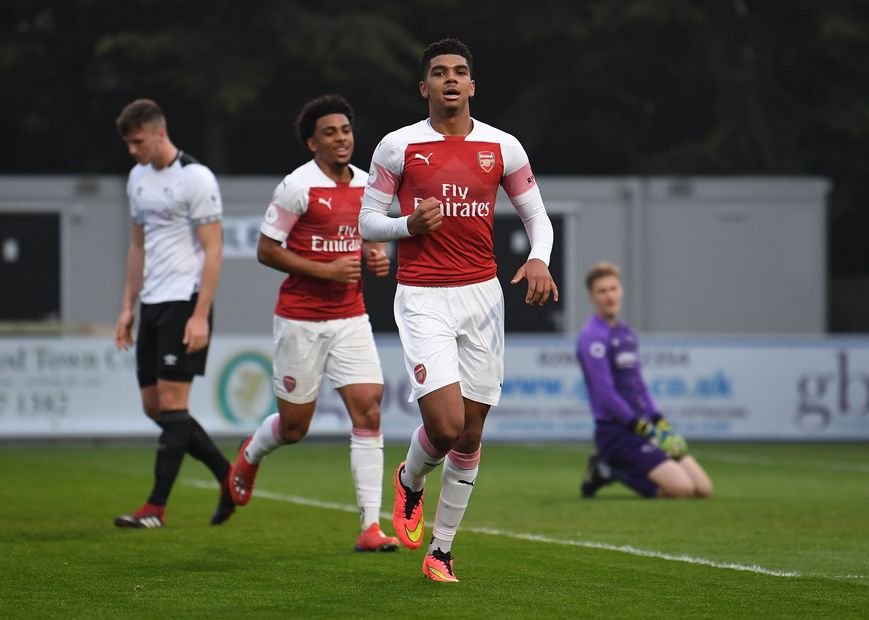 Joe Willock made it 3-0 before half-time with a powerful volley.

Xavier Amaechi added a fourth from a tight angle just after the hour mark, and Zach Medley’s header rounded off the scoring on 78 minutes.

The victory atoned for the champions' 5-0 loss to Derby in the reverse fixture, and means they are seven matches unbeaten in PL2.

Arsenal are above fourth-placed Liverpool on goal difference and two points clear of Derby, in fifth, with two matches left.