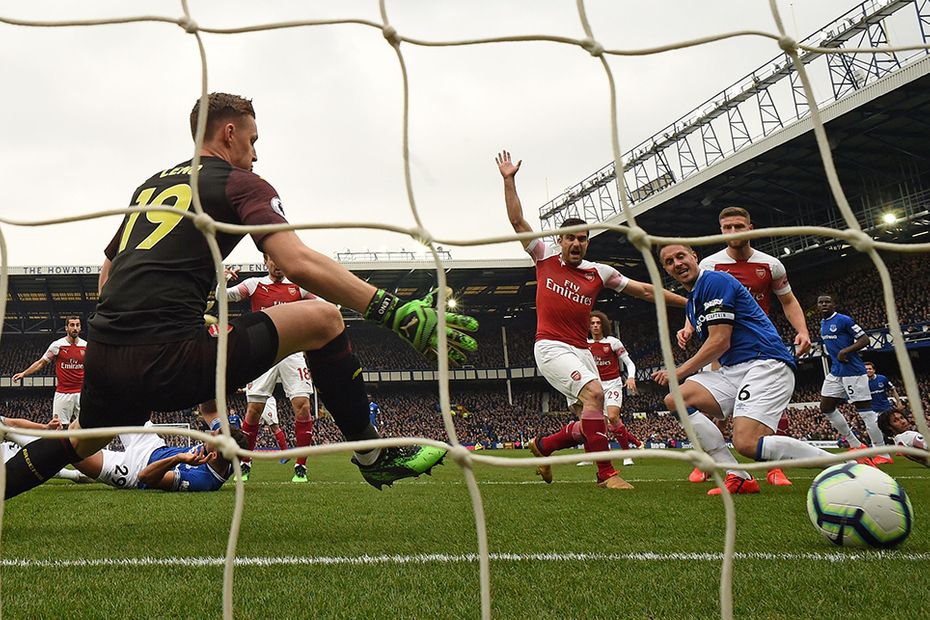 Phil Jagielka scored the winning goal after a late call-up to the starting line-up as Everton earned a 1-0 victory over Arsenal to prevent the Gunners moving back into third place.

The only goal of the match arrived on 10 minutes when Lucas Digne's long throw was not dealt with inside the Arsenal area and Jagielka swept the ball into the net, to secure the Toffees' third consecutive win.

Jagielka was not named on the initial teamsheet but was drafted in following Michael Keane's withdrawal through illness before kick-off.

He went on to help Everton secure a clean sheet against Arsenal, with second-half substitute Aaron Ramsey volleying over the visitors' best chance.

Richarlison and Gylfi Sigurdsson went close as Everton pushed for a second goal but they claimed the win to move up to ninth on 46 points.

The Gunners remain fourth with 63 points from 32 matches played, one point behind Tottenham Hotspur in third.